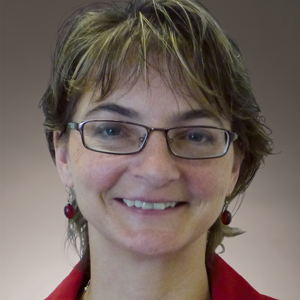 NRF has bettered last year’s record of five finalists from a single firm, which was set by Corrs Chambers Westgarth. The national firm has three finalists this year.

“Any extra light we can shine on women in the profession and their achievements when they are starting behind the starting line, when compared to some of their [male] peers … is a good thing,” said Annette Hughes (pictured), chair of the Diversity Council at Corrs and a member of the firm’s Executive Leadership Team.

Annette is a finalist in the Female Partner of the Year category, which is proudly sponsored by Michael Page Legal.

She said she uses her position as a leader at Corrs to try and leave behind a legacy that facilitates change in the profession.

“Younger lawyers can be more timid about speaking their minds and calling it as they see it,” she said.

“On the leadership side, I like to say it like it is, even if it is an uncomfortable message like ‘do you realise that this is an issue for us and this might be why we are not getting more women in leadership’ and ‘what can we do about that in a meaningful way and to try and generate those ideas for actual action’, rather than just having the actual headline policy.”

The Awards do not just recognise senior lawyers like Annette.

The Awards will be at Melbourne’s Langham Hotel on Friday 17 October.

A thorn amongst the roses

For the first time in three years, there is a male finalist at the Lawyers Weekly Women in Law Awards.

This was a category open to male and female lawyers.

John has been a partner at HSF for 28 years and is the head of the Australia / Asia finance practice.

In that role, John has mentored a number of female lawyers and seen a substantial increase in the firm’s number of finance partners, with 50 per cent of the Finance partners in HSF’s Sydney office now female.

“In my 20-year professional career, I have had only two real mentors – John is one of them and I know he has played this role for many,” said Justine Turnbull, a former partner at HSF who is now with Seyfarth Shaw.

The five other finalists in this prestigious category are a who’s who of Australia’s most respected lawyers.

Congratulations to all 39 finalists from 23 respective organisations that were selected as finalists for the 2014 Lawyers Weekly Women in Law Awards.

The standard of the submissions was extremely high, and it was an exceedingly tough job selecting the chosen finalists.

The Lawyers Weekly editorial team selected a maximum of six finalists for each competitive category.

An independent panel of judges will select the winners.

The 2014 Lawyers Weekly Women in Law finalists are:

* The Senior Barrister Award will not be included in this year’s program due to a lack of submissions.