The problem with mates rates 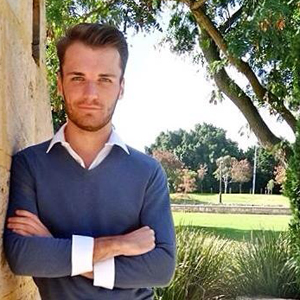 The evidence suggests that women, including at law firms, are paid less than male colleagues. Conrad Liveris argues good leadership seeks to address this – with resultant productivity gains._x000D_

The evidence suggests that women, including at law firms, are paid less than male colleagues. Conrad Liveris argues good leadership seeks to address this – with resultant productivity gains.

While disappointing and in desperate need of action for anyone who has been paid lip-service by professional services firms on this issue it is all part of the struggle to realise gender equality.

The gender pay gap starts from the beginning of careers. It has been well-reported on that women start behind the eight-ball and fail to make-up the mileage.

Too often the perception is that the gender pay gap is a niche or isolated issue. “I doubt that would happen in my firm” or “my boss is too good to me to ever do that” are common responses I hear when I ask early-career, and some more established, professional women.

In NATSEM’s She Works Hard For The Money: Australian Women & The Gender Divide, they found that women with university degrees could accrue a lifetime earnings deficit of $1.5 million compared to men.

That’s a life-changing amount of money.

The Workplace Gender Equality Agency, headed by former lawyer Helen Conway, is calling on companies to be publicly accountable for their gender pay gap. The In Your Hands program is about bringing a collective conscious and responsibility to the issue.

Pay equity isn’t about women or men, it is about leadership.

The championing of closing this gap starts with partners in law firms. It is their responsibility to undertake reviews and understand the reason for the gaps in their teams.

A widening gap says to women that their efforts are undervalued and less-significant to the firm. It is reasonable for women to ask why they even bother working at all.

Recently, I was speaking with a partner of a large firm. He was boasting proudly about his feminised team. When I asked him about his fellow-partners, he stopped. He dodged the question by talking about the “pipeline” and the growing number of female graduates.

I looked it up later, and I could count on one hand how many female partners were in that office. For men it was in the double digits.

That’s not as bad as the former lawyer-turned-corporate executive I spoke with. Brazenly, he said “if we really wanted to deal with gender equality we would have done it by now”.

I was dumbfounded. It was the answer I thought I’d never hear.

It is paramount for leaders to champion gender equality, not because it makes them feel good but because it’s good for their business.

I am yet to find a woman who doesn’t, at least on some level, support gender equality and women’s development. Women see the emotional and economic cases.

Men need to wake up and see this haven of productivity and opportunity for their firms.

Flexible staff, of which the often the majority are female, are more productive. They feel greater pressure to perform, and often do.

Anyone of those things is great – all three are transformational.

The majority of law graduates have been women for a long time now, this is not a new thing. Without a better reflection of this at partnership level law firms are only hurting themselves.

If this does not begin to change, clients have the right to ask whether they are getting the best value for money.

I would posit that they aren’t.

Conrad Liveris (pictured) is an advocate, adviser and researcher on the politics and economics of gender and generations. He is currently undertaking his Masters degree in commerce and human resources.

The problem with mates rates