Laying the foundations for a landmark construction industry ruling 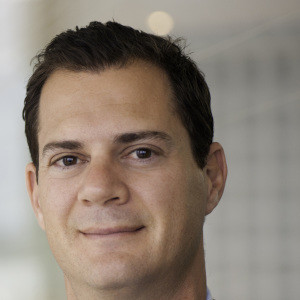 Gilbert + Tobin partner Emanuel Confos gives a personal account of the challenging journey towards a unanimous High Court decision with significant implications for the construction industry.

What is this case about?

In what would prove to be a highlight of my career to date, Gilbert + Tobin represented Brookfield Multiplex (Brookfield Multiplex Ltd v Owners Corporation Strata Plan 61288 & Anor). Brookfield were the design and construct contractor on a multi-storey mixed use commercial and residential development in Chatswood, Sydney, known as ‘Chelsea Apartments’.

In about 2012, the case against Brookfield brought by the residential strata plan was settled. In respect of the commercial strata plan, we attempted mediation which was unsuccessful.

We were confident we could defend the case against the commercial owners corporation on the basis there was no duty of care owed. This view was taken based on the decision of the High Court in Woolcock Street Investments Pty Ltd, where a similar set of facts determined that no duty of care was owed by parties to a commercial contract. Whilst Woolcock provided guidance with respect to the matter, it was not definitive on the point and we always knew that, despite our confidence, there would be challenges.

Once instructions were provided we were able to proceed on a preliminary point by way of Notice of Motion in the NSW Supreme Court before his Honour Justice McDougall.

At the commencement of the Notice of Motion, Justice McDougall informed us that we would likely succeed on the motion but appreciated that our opponents would require the hearing to continue in circumstances should they wish to appeal the matter.

Consistent with Justice McDougall’s opening remarks, we won the motion in the Supreme Court and the matter was dismissed with costs on an indemnity basis.

Shortly after these proceedings, an appeal was lodged to the Court of Appeal.

The Court of Appeal decided entirely against our client finding unanimously in favour of the commercial strata plan.

What happens after you win 1-nil and lose 3-nil?

We always considered that the Court of Appeal judgment may have some errors which were appealable but the difficulty was determining whether the High Court would consider this to be a matter of relevant significance to grant special leave. The client was convinced that the decision was unacceptable and could not allow the decision to remain.

The notion that a contractor would owe a duty of care with respect to a commercial development would expose all contractors in Australia to claims for breaches of duty to care on latent defects. If the decision was to remain, it could mean that any party at any time could bring a claim for latent defects for a breach of duty of care.

Special leave and the marauding beast

“If I could perhaps put it directly – that this perhaps is a case where a dagger might be put to the heart of the beast, a beast which [has been] - rather marauding the law since the decision in Bryan v Maloney”

On 18 June 2014, the matter was heard by a full bench of the High Court. The case ran for the entire day and we felt, at the time, that we had had a good run (although having been a litigator for many years, you know that you can win cases you lose and lose cases you thought you should win).

The bench, particularly Justices Hayne, Crennan and Bell seemed to have understood our client’s case and were accepting of our interpretation of the law.

Following the drive back from Canberra, we spent weeks poring over the transcript as well as the video of the case to try and read anything we could into the hearing day to ascertain what the outcome may be.

On 2 October 2014, while I was on leave, we received a telephone call from the High Court, only to be told judgment was to be delivered the following Wednesday. As convenient as that was, it did make my leave slightly agonising as I wondered what the decision may be.

Fortunately, on 8 October 2014 at 10.15am, the High Court unanimously held (7-nil) in our client’s favour. An outstanding result for our client, for Gilbert + Tobin and Counsel. In particular, we were impressed with the unanimity of the High Court in finding there was no duty of care owed by our client.

Emanuel Confos (pictured) is a partner at Gilbert + Tobin in Sydney and leads the firm’s construction team.

Laying the foundations for a landmark construction industry ruling