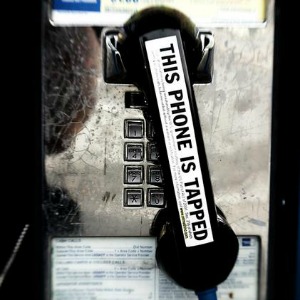 MI5, MI6 and GCHQ have eavesdropped on lawyer-client consultations for years and may have used legally-privileged information to gain leverage in cases brought against them.

MI5, MI6 and GCHQ (the UK’s Government Communications Headquarters) have eavesdropped on lawyer-client consultations for years and may have used legally-privileged information to gain leverage in cases brought against them.

If that doesn’t shake your faith in government, Folklaw doesn’t know what will. Lawyer-client privilege is only one of the oldest and most fundamental principles in English law.

UK intelligence agencies were forced to release their policies for the first time last week. The regulatory framework has been described by activists as “so hopeless [it] appears to have been jotted down on the back of a beer mat”.

The disclosed extracts of documents show that secret service staff are permitted to target conversations, emails and phone calls between lawyers and clients.

The documents state, “The confidentiality of lawyer-client communications is fiercely guarded by the law and any departure from it in the national security context must be narrowly construed and strictly justified”.

However, this statement is qualified with: “In principle legal professional privilege material may be used just like any other item of intelligence, e.g. to generate enquiries, mount a surveillance operation or task an agent. Where necessary and proportionate it may also be disclosed to an outside body.”

The British government has resisted pressure to make its procedures public for months, arguing that secrecy was in the interests of national security.

But the Investigatory Powers Tribunal (IPT) forced its hand as part of a claim brought by two Libyans, Abdel-Hakim Belhaj and Sami Al Saadi, and their families, who were tortured by Colonel Muammar Gaddafi's regime after they were abducted by the CIA and MI6 in 2004.

IPT investigates complaints of unlawful use of covert techniques by intelligence agencies.

Belhaj’s lawyers first suspected a privacy breach after US whistleblower Edward Snowden demonstrated that intelligence agencies were engaged in surveillance programs of Orwellian proportions on both sides of the Atlantic.

The Libyan group are currently gearing up to sue the government after receiving the official go-ahead from the court last week.

The intelligence agencies’ policy governing the use of lawyer-client confidential communication is completely inadequate, according to Belhaj’s lawyer, Dinah Rose QC.

“This case is the tip of the iceberg. It raises questions about a large number of cases and about the integrity of judgments reached by courts in civil and criminal cases,” she said.

Another one of Belhaj’s lawyers, Cori Crider, said, “The documents clearly show that MI5’s and GCHQ’s policies on snooping on lawyers have major loopholes.

“Today’s question is not whether, but how much, they have rigged the game in their favour in the ongoing court case over torture.

“This raises troubling implications for the whole British justice system. In how many cases has the government eavesdropped to give itself an unfair advantage in court?”