Whistleblowing and the rule of law 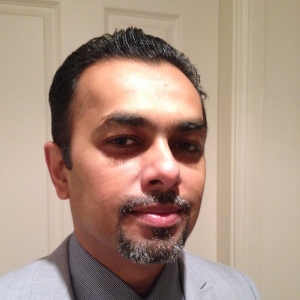 Two controversial leaks of restricted information in recent years – the WikiLeaks release of confidential US State Department cables in 2010, and the leaking of classified National Security Agency documents by former NSA analyst Edward Snowden in 2013 – have forced governments to grapple with a critical question: How, if at all, do acts of whistleblowing that break certain laws fit in a society that adheres to the rule of law?

Both Snowden and WikiLeaks founder Julian Assange have defended their disclosures on grounds that people have a right to know if their democratically-elected government is engaging in activities that are patently undemocratic. If one were to take their defence at face value, then whistleblowing is not just acceptable within the framework of the rule of law, but even laudatory and essential.

A closer look at what whistleblowing implies, however, reveals greater complexities.

According to Australian political commentator Ben O’Neill, whistleblowing is an action that necessarily involves the breach of ‘some contractual or statutory requirement not to disclose the information they are disclosing’. This makes acts of whistleblowing that involve a necessary flouting of ‘contractual or statutory requirements’ ethically problematic in a rule of law society, since such actions run contrary to the norms of a law-abiding behaviour.

Whistleblowing also involves the divulging of information that, if not disclosed, may lead to seriously illegal and/or unethical consequences. The tension in a rule of law society is that the whistleblower makes a subjective call on what information warrants disclosure. How can such a subjective decision be accommodated in a rule of law society that has clear and established parameters of what’s right and wrong, shaped through a democratic process rather than the values of a particular individual?

As a result of the problematic relationship between whistleblowing and rule of law, various governments have enacted laws to give whistleblowing a legitimate framework – and to protect whistleblowers from retribution. Why? Because whistleblowing can be a tool for social good. It is an extremely effective critiquing instrument that, when harnessed properly, can compel institutions to behave more ethically.

This fact was officially recognised in the 2010 G20 declaration on whistleblowing, whereby countries ‘committed… to put in place adequate measures to protect whistleblowers and to provide them with safe, reliable avenues to report fraud, corruption, and other wrongdoing’. In Australia, this commitment has resulted in the recently-legislated Public Interest Disclosure Act (‘the PID Act’), which aims to provide whistleblowers with a legitimate process to raise concerns about various Commonwealth government agencies.

But to make a positive ethical impact, any legislation to permit acts of whistleblowing needs to set out clear criteria governing the intent and content of the disclosure. A key point here is balance. Criteria that are too broad can cause whistleblowing to become more the norm than the exception and erode the significance of the rule of law. On the other hand, overly-restrictive criteria can diminish the potential for whistleblowing to be a tool for social improvement.

An analysis of the PID Act, unfortunately, puts this legislation in the latter category. The act states that a ‘public interest disclosure’:

… is a disclosure of information, by a public official, that is:

with the caveat that

… There are limitations to take into account the need to protect intelligence information.

There are a number of problems with this definition. First, failure to articulate what ‘reasonable grounds’ may comprise heightens the subjective nature of the disclosure decision. A more appropriate approach should not focus on subjective belief, but rather ‘whether it appears that there is disclosable conduct’.

Second, the act qualifies external disclosures by requiring that the information must first have been revealed to authorised internal recipients before going external. This restriction reduces the ethical impact of the legislation by requiring disclosures to be made to potentially conflicted internal, rather than independent parties.

The lesson to be learnt from the PID Act is that while it is commendable for governments to reconcile acts of whistleblowing with the rule of law, myopic laws that fail to engage with the ethical complexities of the intent and content of whistleblowing are doomed to fail.

Saurabh Bhattacharya (pictured) is a postgraduate research student of Political and Moral Philosophy at the University of New England.

Whistleblowing and the rule of law