Lawyer to face the music after stealing from firm 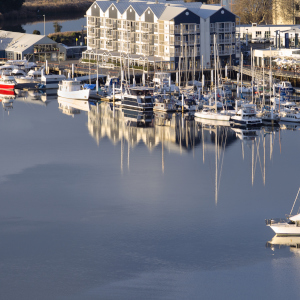 The client of a Tasmanian lawyer suspended for stealing said the lawyer told her he could get into trouble because he had done something “similar” to what the client’s husband had gone to jail for.

Hall was found not guilty on a further four counts and is due to be sentenced on 5 December.

The Hobart Mercury reports that the most significant count involved Hall negotiating a $9,000 cash payment to be paid by a client, but with Hall not depositing the money with Grant Tucker.

When the client received an automated message from the firm reminding her to pay her bill, alarm bells rang.

She said that shortly after this she spoke to Hall who told her he would send her a cheque for $1,300 in an attempt to end the matter.

“Then he said he could get into trouble because it was similar to what my husband went to jail for,” the Mercury reported the client as saying.

It is good to see Hall’s legal antenna – for determining what might and might not be legal – did not fail him while he was in this predicament.

The client made a complaint to the Legal Profession Board; the board referred the matter to the cops; and that is how Hall came to where he is now.

The ABC also reported that Hall has been suspended from practice until 30 June next year and that further action may follow.

Lawyer to face the music after stealing from firm