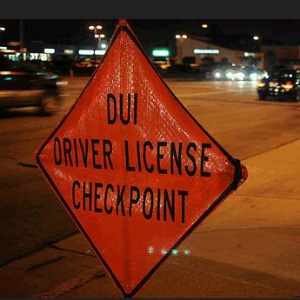 Exploiting legal loopholes may be a lawyer’s bread and butter, but Folklaw is sure Warren Redlich took things too far by figuring out how drunk drivers in the US can avoid cops.

A YouTube video released on New Year’s Day shows a man in Florida passing a checkpoint without opening his car window or speaking to police.

He simply hangs a plastic slip containing his ID, insurance and a statement of his rights from a string outside the car and waits for police to wave him on, which they do with a smile.

“I remain silent, no searches, I want my lawyer,” the statement reads.

Redlich, the lawyer who invented the method, claims that it protects the rights of drivers and does not aid those driving under the influence.

“It's not designed for drunks and I don't think it really works for drunks because you have to follow instructions and drunks aren't good at that,” he told WPTV.

Those using the method have to comply with the rules published on the back of the flyer, which reads: “Do not speak at all. Not one word. Record everything with audio and, if possible, video. Keep your hands where the officer can see them.”

The unidentified man in the video explains, “The second that you open the window they can say they smell alcohol or drugs coming from the vehicle and the moment you speak a word they can claim that you speech is slurred.”

The video has created controversy amongst groups working to promote safe driving. Tara Kirschner, from Dori Saves Lives, told the UK’s Daily Mail, “It's not the example we want to set for our youth. We want them to learn how to do the right things.”

One can only imagine what Margaret Cunneen SC would make of this tale...