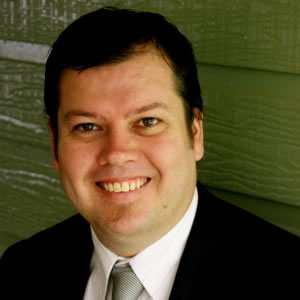 As Queenslanders prepare to go to the polls, the issue of government accountability for corrupt conduct has come to the fore, write Rebecca Ananian-Welsh and Alex McKean.

Issues of integrity in government have been under the spotlight in recent times. To a large extent this has been driven by investigations into the relationship between politicians and political donors, specifically mining interests and property developers, by the Independent Commission Against Corruption (ICAC) in NSW.

Those investigations uncovered corruption at the highest levels of the NSW government, with donations being solicited from miners and property developers to assist in re-election campaigns. It was found that, in return, politicians had gifted public assets worth tens or hundreds of millions of dollars to their supporters.

The Hon David Ipp AO QC was the ICAC commissioner at the time of these investigations. He concluded that the corruption could not be put down to a "rogue resources minister", saying that "state arrangements that relate to coal provided an opportunity not found in other areas of government for individuals to engage in corrupt conduct".

These concerns are by no means restricted to NSW. The relationship between mining interests and government has also created controversy north of the Tweed.

Over the course of the last two-and-a-half years, there have also been significant changes to the integrity mechanisms that were introduced in Queensland in the wake of the Fitzgerald Report. Most importantly, the re-badged Crime and Corruption Commission has been the subject of reviews and controversial legislative changes.

In one of the last acts it performed prior to calling the election for 31 January 2015, the Newman government approved an expansion of the controversial Acland mine on the Darling Downs. It has been revealed that the proponent of the mine, Soul Pattinson, has donated $650,000 to the Queensland LNP over the past three years.

Elections are the key accountability mechanism in any democracy. The upcoming election in Queensland presents an important opportunity for Queenslanders to directly impact their government by voting. But how is government held to account between elections? Are existing accountability mechanisms sufficient to guard against the kind of corruption revealed in NSW? What lessons might be drawn from the recent ICAC investigations? And how might these lessons be applied in Queensland, both in the mining context and beyond?

These issues will be debated at the one-day 'Accountability and the Law: Safeguarding Against Corruption in Queensland' conference on 9 February 2015, at Customs House in Brisbane.

The Hon David Ipp AO QC will launch this event with a keynote address, providing a unique insight into his experience as ICAC commissioner and the commission’s recommendations for reducing opportunities for corruption in government.

The remainder of the event will involve a lively debate, with presentations from political leaders, legal professionals and leading scholars in the field. This important conference will address issues such as:

· The law reform responses necessary to safeguard Queensland from corruption. Case studies of the transfer of valuable mineral resources into private hands in Queensland, including expert analysis of recent legislation

· Effective safeguarding of the independence of integrity institutions, including the judiciary and the Crime and Corruption Commission.

· The impact of political donations and lobbying on government integrity, and strategies for improving transparency and accountability of lobbying practices.

The Accountability and the Law conference provides a space to hear from experts on the complex and crucial issues of government accountability and integrity, and for options for legal and political reform to be discussed. The ICAC investigation in NSW revealed the dangers of complacency in this area.

As Queenslanders prepare to go to the polls, it is important to consider how the newly-elected government may be compelled to remain accountable in the years between elections. These accountability systems and mechanisms are vital to protecting Queensland from the kind of corruption revealed in the NSW ICAC investigation.

Dr Rebecca Ananian-Welsh is a lecturer at the TC Beirne School of Law, and Alex McKean (pictured) is a barrister based on the Sunshine Coast.

Last Updated: 27 March 2015 Published: 21 January 2015
The Women in Law Awards is the benchmark for excellence, recognising the empowering women influencing the Australian legal profession, celebrating the female leaders, role models and future champions of the industry. Register for the waitlist today for the opportunity to attend this remarkable awards ceremony and network with top legal professionals and fellow peers.
Visit womeninlaw.com.au