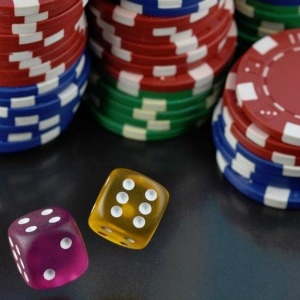 Extracting cash from the desperate and defenceless for the thrill of throwing coins into slot machines is the anti-Robin Hood behaviour that put a former English law student in the defendant’s box.

Abdul Farooq, 28, was studying law at Brunel University when his girlfriend and accomplice, Anjaili Patel, 31, used her position as an officer at the Border Agency to convince migrants facing deportation that Farooq was a qualified lawyer.

She recently revealed to Croydon Crown Court that she defrauded Bangladeshi, Colombian and Pakistani migrants out of approximately £113,000.

While the rort was underway, Farooq’s savings piled up, even though he had no legitimate source of income at the time – a fact that was not lost on the prosecution.

The money was used by Farooq and Patel to fund their gambling habits.

The former law student has admitted to conspiracy and providing legal advice without accreditation. Both he and Patel will be sentenced on February 20.