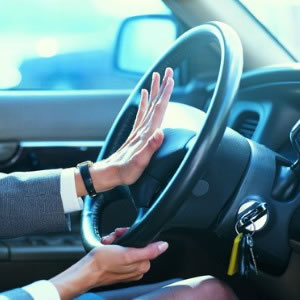 While everyone grumbles about speeding tickets, one top Queensland barrister has threatened to take his complaints all the way to court, fighting a $146 fine with a constitutional challenge and spousal privilege.

Tony Morris QC was issued the fine after a speed camera caught his station wagon going 57km/h in a 50km/h zone, according to The Courier-Mail.

Mr Morris challenged the fine in a letter to the state's Department of Transport, claiming he has evidence he was not driving the car but refusing to name the driver.

He offered to call a veritable who’s who of the Brisbane legal scene to testify they were with him at the time of the offence, including Supreme Court judge David Jackson, Federal Court judge John Logan, Bar Association president Robyn Martin, Bar Association vice-president Geoff Diehm QC and barrister Anand Shah.

Under Queensland laws on speeding, car owners wishing to avoid fines must either name the driver at fault or verify they do not know who the driver is – neither of which apply to Mr Morris.

He claimed the requirement to dob in the culprit would violate his spousal privilege, quoting an English case from 1817, but equally that the Queensland Government would be acting “unconstitutionally” if it fined him despite evidence he was not driving the car.

However, the Department of Transport has not withdrawn the fine.

Mr Morris subsequently wrote to the attorneys-general of the Commonwealth and all eight states and territories, saying he planned to challenge the validity of part of the speed camera laws in court.

His constitutional challenge is due in the Queensland Court of Appeal “within weeks” – perhaps, Folklaw suggests, showing you don’t rise to the top of the legal profession by backing down in a fight.

Folklaw approached Mr Morris but he did not wish to comment.