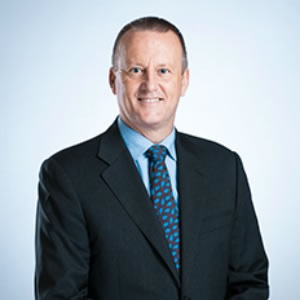 The final verdict in the Dallas Buyers Club case balances the rights of copyright owners, customers and ISPs, write lawyers for the respondents Graham Phillips and Freyja McCarthy.

This case marks the first time in Australia that rights holders had sought preliminary discovery from ISPs of customer details of internet accounts alleged to have been used to infringe copyright.

The ISPs (iiNet, Dodo and four others) chose to oppose the application to protect their customers from unfair and abusive practices. They were concerned that their customers would be targeted to settle claims out of court in a practice described as 'speculative invoicing' (ambit claims).

Dallas Buyers and its parent company Voltage Pictures have a history of engaging in this practice. In the United States their lawyers have sent very aggressive demand letters to identified account holders suggesting they were liable for substantial damages for copyright infringement (up to US$250,000) and offering to settle for a smaller sum (often US$7,000) which was much greater than the rights owners might actually have recovered in any actual court case. The speculative invoicing business model relies on the reluctance of alleged infringers to incur the expense of fighting an infringement claim in court, even if they believe they have a valid defence.

In May 2013, lawyers for Voltage Pictures contacted many Australian ISPs seeking their consent to disclosure of their customers' details. Unsurprisingly, the many ISPs that we represented opposed this request, most obviously due to Australian privacy laws which prevent disclosure of personal information without customer consent or exceptions authorised by law, such as compliance with a court order. Voltage accepted the need for a court order but was not prepared to disclose their intentions in dealing with customers.

In July 2014, some but not all of the ISPs approached in 2013 were contacted regarding a total of 4,726 unique IP addresses alleged to have shared the film Dallas Buyers Club online using BitTorrent. The owners of the film requested the ISPs consent to a preliminary discovery application under Federal Court Rule 7.22. The ISPs pressed for details of Dallas Buyers' intentions, including a draft of the letter to be sent to account holders, which Dallas Buyers refused to provide.

Identification preliminary discovery cases under Rule 7.22 are used by prospective applicants contemplating a variety of proceedings. An interesting aspect of this case was that Dallas Buyers were seeking the identities of thousands of individuals and the strength of their claims against each account holder will vary significantly. However, the threshold for a successful application is low, much lower than proving an infringement claim.The applicant needs to show "a real case which is not fanciful".

So, with outright defeat of the application unlikely, success for the ISPs was aimed at ensuring any orders were subject to safeguards about how Dallas Buyers interacts with customers. 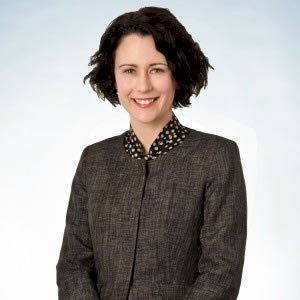 The case attracted significant media and public interest. On Twitter, the day before judgment, a tech journalist from the Sydney Morning Herald tweeted that he had written up the two possible outcomes. My colleague Freyja and I noted that he was missing the likely third scenario, that Justice Perram would grant discovery subject to safeguards.

Within moments of judgment, the Twitter thread "#iidallas" was active: "BREAKING: The Federal Court has found for the Dallas Buyers Club, ordering the ISPs hand over customer names and addresses". Minutes later the Sydney Morning Herald website reported the judgement in an article titled "Dallas Buyers Club slays iiNet in landmark piracy case".

Meanwhile, other tweets confirmed the third way: "BUT any legal letters Dallas Buyers Club sends to alleged pirates MUST first be submitted to the judge" and "The judge also orders the privacy of individuals should be protected".

In his judgment, Justice Perram ruled that he will vet the standard letter that Dallas Buyers will be permitted to send to account holders to ensure that it does not engage in speculative invoicing. He noted that this practice might be illegal in Australia. Justice Perram noted the seriousness of the privacy issues and indicated that he will impose privacy obligations on Dallas Buyers, limiting its use of the account holder information provided to it.

The final judgment contains the safeguards iiNet, Dodo and four smaller ISPs sought when approached by lawyers for Voltage Pictures almost two years ago, and again last year when the specific allegations in relation to the Dallas Buyers Club film were made.

Importantly for the ISPs, Dallas Buyers will be required be to pay the ISPs legal costs and their operational costs of giving discovery.

Some points to emerge from the case for rights holders and ISPs:

- While an ISP that discloses account holder information to a rights holder without a court order will contravene privacy legislation, ISPs will not be in breach of their privacy obligations by electing not to oppose a preliminary discovery application

- This means that a more cost-effective approach for rights holders, especially considering the ruling on costs in this case, would be to work with ISPs to agree on conditions for discovery ahead of filing an application.

- Where reasonable agreement can not be reached, ISPs should be confident that rights holders will be required to pay their costs of responding to an application for preliminary discovery as well as the ISPs' operational costs in complying with discovery orders that are granted.

- An ISP that does not respond to an application for preliminary discovery runs the risk that orders will be made against it in its absence that may not be as favourable as those obtained in this case.

- One effect of the judgment in this case will be to cast doubt on the legality of speculative invoicing by rights holders in Australia. The eventual orders that Justice Perram makes on the form of the standard letter that he will permit Dallas Buyers Club to send to account holders will provide guidance for rights holders.

- The Copyright Notice Scheme Code submitted to ACMA by the Communications Alliance on 8 April 2015 may affect the ability of rights holders to bring preliminary discovery applications (if and when the code is registered).

So, while the interest in this case has been immense, the outcome was foreseeable. In future cases, rights holders and ISPs could work collaboratively to achieve court orders by consent.