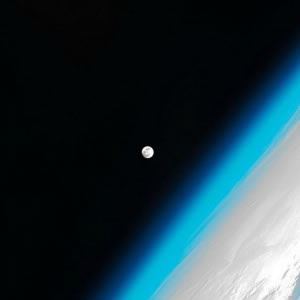 Who is liable if a piece of space junk crashes into the International Space Station? Can corporations mine the moon? What jurisdiction handles space tourists if they break the law in orbit?

If you want to find out what’s legal once you leave planet Earth, you’re going to have to talk to a space lawyer. Over the past 60 years space lawyers have extended humanity’s jurisdiction into zero gravity and earned for themselves one of the coolest titles in the profession.

This week space lawyers from all over the world are coming together for the 54th UN Office for Outer Space Affairs Legal Subcommittee meeting in Vienna.

During the meeting the group plans to address the problem of defining the boundaries of outer space and managing space traffic. Their work builds on the international treaties and UN principles that tamed the initial lawlessness of outer space.

However, the subcommittee is really just scratching the surface of what remains a largely untested field of law.

Since the launch of Sputnik 1 by the Soviet Union in 1957, five space law treaties have been developed: The Outer Space Treaty 1967; The Rescue Agreement 1968; The Liability Convention 1972; The Registration Convention 1975; and The Moon Agreement 1979.

Together these reflect the largely peaceful, cooperative environment in which space exploration has occurred to date. The treaties prohibit the militarisation of spacecraft and ownership of celestial bodies by states, establish freedom of exploration, deal with the issue of ownership of spacecraft and oblige states to rescue astronauts in distress.

These treaties have been successful in binding governments to codes of behaviour, but may become outdated once private companies break into the space industry.

“The question is whether the current legal regime of outer space law is ready to meet the challenges soon to be imposed upon it by the commercial activities proposed, or will it crumble in favour of a new legal regime tailored to meet those challenges,” said founder and principal at Space Law & Policy Solutions Michael Listner.

With the end of the space shuttle era and the entrance of corporations such as SpaceX and Virgin Galactic, it is only a matter of time before affordable space tourism becomes a reality.

Professor of international law at The University of Western Sydney, Steven Freeland, said the treaties are not prepared to deal with the advent of commercial space flight, which will blur the boundaries between aviation law and space law.

“The underlying principles upon which air law and outer space law are respectively based are diametrically opposed,” he said.

Space law does not allow for sovereignty, whereas aviation law depends on the territory of the underlying state. Unless there is a clear demarcation between air space and outer space, the issue jurisdiction and liability will remain unresolved.

Another problem with the original treaties is that space junk remains the property of the individual states that launched them. This makes international clean-up efforts legally challenging as permission to remove an object has to be sought from individual states.

NASA is currently tracking more than 500,000 pieces of space debris orbiting the Earth at speeds fast enough to damage satellites and space craft.

A further quirk of space law is that if an astronaut were to die in space, their body would not be allowed to be shot out through an airlock as that would constitute littering, which appears to be prohibited under international treaties.

One solution, devised by green burial company Promessa in collaboration with NASA, is to zip the body in an airtight bag, expose it to the freezing temperatures of outer space and vibrate body until it shatters and turns to dust.

Interestingly, the ISS falls under multiple jurisdictions because each component sources its laws from the country in which it was made, according to space law. If, for instance, an astronaut murdered a colleague in outer space, their trial could take place in a number of different countries depending where the crime took place.

As Foreign Policy’s Benjamin Soloway explained, an astronaut floating in a component made in Japan would be tried in Japan and an astronaut gliding through a United States component would be tried in the United States. By this logic, ISS astronauts cross national borders several times a day in the course of their work – a legal nightmare that may explain why hardly any lawyers venture into space.

Bucking this trend, Canadian astronaut Bob Thirsk received an honorary law degree from the University of Calgary while aboard the ISS in 2009, becoming the first person to be awarded a university degree while in space.