Time for advocate’s immunity to end 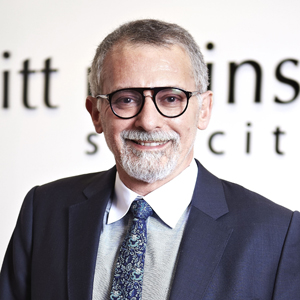 Barristers and litigation lawyers should no longer be protected by advocate’s immunity, Stewart Levitt writes.

In 2005 the High Court entrenched Australian lawyers’ enjoyment of immunity from liability for negligence in the conduct of a case in court, including preparing for a trial.

Australia, alone among Common Law nations, protects barristers and litigation lawyers from being sued for bad or wrong decisions they have made which have an “intimate connection” with “in-court work”.

Australian courts have continued to widen the class of work for which barristers and their instructors cannot be sued for stuffing up. Examples of where such immunity serves the interests of lawyers, but leaves their clients without a remedy, include failing to plead a case properly, providing negligent advice on a settlement agreement or choosing which witnesses to call or not to call.

The rationale for this immunity is that a challenge to the lawyer’s competence could cast doubt upon whether the court’s decision in a case was correct and appropriate. However, the immunity extends to protecting lawyers in relation to the settlement of litigation before a trial even occurs.

New Zealand, England, Canada, South Africa and the United States have all done away with such protection. Australia stands alone in preferring the interests of lawyers to the interest of consumers of legal services.

Courts are quite capable of assessing the “loss of a chance” in connection with what might have happened in litigation, just as they are in estimating the impact of forgone business opportunities, which they regularly do when arriving at their verdicts.

If a bridge or building collapses, architects, engineers and builders may all be held accountable; if a patient dies on an operating table, doctors, nurses and hospitals could be deemed liable.

Not so with the legal profession.

This could have something to do with the fact that members of the Australian Bench, who have spun a cocoon for the Bar, are all former barristers and, before that, were mostly litigation lawyers.

It does not end there; making a complaint against a barrister, particularly a Senior Counsel, presents its own challenges.

The Bar Council then made decisions based on the association’s report, which includes one or more “recommendations” to the Bar Council’s Professional Conduct Committee.

There is a right of appeal to the Office of the Legal Services Commissioner within two months of being notified of the council’s decision.

Complaints against solicitors are much more thoroughly investigated and pursued by the Law Society Council, through the Law Society’s Professional Standards Department.

In practice, not only do barristers enjoy immunity from suit, but they also enjoy a fair degree of protection from the investigation of their conduct and from disciplinary action.

Given advocate’s immunity, the Bar Council should be ensuring that self-regulation “of the profession, by the profession” is rigorous.

Perhaps when the legal profession and, in particular, the Bar become more user friendly and publicly accountable, lawyers could be trusted with more creative funding arrangements involving the right to charge on a contingency, with a premium for speculation, which barristers and solicitors are presently prohibited from doing.

Many lawyers would consider it a valuable trade-off to be subject to greater scrutiny and lose their immunity in exchange for having more public trust reposed in them and a less-regulated fee regime.

In 2000, Britain's House of Lords decided (7-0) that barristers’ immunity should end.

Fifteen years later, Australian barristers and trial lawyers enjoy more privileges than even the UK’s law lords thought they should in the final year of the last century.

Stewart Levitt (pictured) is the principal of Levitt Robinson Solicitors.

Time for advocate’s immunity to end