Judges make the case for arbitration 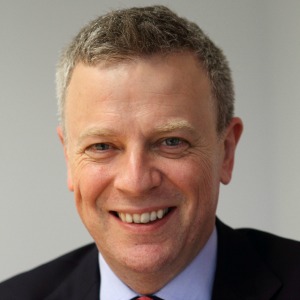 Australian judicial support for arbitration was highlighted at a Chartered Institute of Arbitrators event attended by members of the judiciary, John Wakefield writes

Federal Court Justice Steven Rares delivered a comprehensive and illuminating address on the modern place of arbitration in Australian law at the Chartered Institute of Arbitrators 20th anniversary celebrations in Sydney last month.

The event attracted current and retired members of the judiciary, barristers, solicitors, in-house counsel and students and faculty from the 2015 CIArb Diploma Course in International Arbitration who came from interstate and overseas.

In the context of judicial support for alternative dispute resolution, Justice Rares had regard to the limited circumstances in which the Australian courts permit challenges to arbitral awards and the importance of the decision of the High Court of Australia in TCL Air Conditioner (Zhongshan) Co Ltd v The Judges of the Federal Court of Australia (2013) 251 CLR 533. This decision, he said, “demonstrated both the distinction between arbitration and the exercise of judicial power, and the modern legislative intention that, subject to the very narrow grounds of challenge, the law and the courts should give full effect to the parties’ agreement to submit their dispute or differences to arbitration or other agreed dispute resolution mechanisms”.

He then provided an overview of the Federal Court’s recently introduced National Court Framework and the division of the case load between several national practice areas to which specific judges have been assigned, noting that the guiding principle of case management under the National Court Framework is that the judges will work actively with the parties to explore early dispute resolution through mediation. International commercial arbitration is itself a national practice area within the court.

Justice Rares lastly turned to the initiative of the Chief Justice of the Federal Court, Justice James Allsop, to explore the establishment of a regional maritime court and centre. One aim is to develop a broad standard-form dispute resolution clause for use in international maritime contracts. The Federal Court would seek to have available industry experts for nomination as arbitrators, referees or mediators. He indicated that the court is seeking feedback about how to best attract parties involved in international trade and commerce to select Australia in their agreements as a seat for international dispute resolution.

The final part of the evening’s proceedings saw the screening of Swift and Diligent – A History of CIArb Australia 1995 - 2015, a commemorative multimedia slideshow that examines the institute’s establishment in Australia from its origins in 1995 to the present day (“Swift and diligent” is the English translation of the institute’s Latin motto). Featuring interviews with CIArb global president (1999 – 2000) Neil Kaplan QC and all CIArb Australia’s chairmen/presidents, it documents the institute’s history in the context of internal and external developments, from the battle and lobbying for reform of the Australian international and domestic arbitration Acts, to positioning Australia as a business destination in the booming cross-border dispute resolution market.

We were honoured to have present most of the institute’s chairmen/presidents, including Jim Creer (foundation chairman), Garry Downes QC, Prof Doug Jones, Malcolm Holmes QC and Albert Monichino QC.

What else can be done to further the development of a culture of arbitration in Australia?

The dispute resolution industry and professions can continue to promote education and accreditation across an expanding range of industry sectors. With the increasing globalisation, there are opportunities to meet the growing demands of cross border dispute resolution. The industry can promote use of innovative procedures by which reduction of costs might be achieved making arbitration more attractive as an alternative to commercial litigation.

It is by education of potential users and innovation of practices that the market for international and domestic arbitration in Australia will be expanded. CIArb Australia will continue to play a leading role in the process.

John Wakefield (pictured) is chairman of Holman Webb Lawyers and a past president of CIArb Australia.

Judges make the case for arbitration