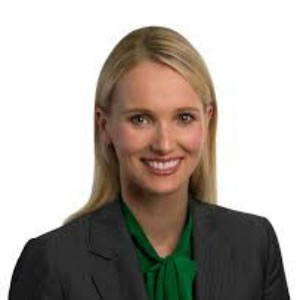 Lawyers have a vital role to play in defending workers from injury and injustice, Bree Knoester writes

Tuesday, 28 April 2015, was International Worker’s Memorial Day, a day when unions, workers, employers, families and communities around the world join to remember those who have been killed or injured at work.

It is also a day to remember that we must continue to fight for the safety of those who go to work every day. Globally, every year two million people die at work, 1.2 million are injured and 160 million fall ill from unsafe or unhealthy workplaces. Since January this year six of my clients have died from work-related diseases and each day I meet workers with a job injury story to tell.

I was honoured to be asked to speak at the annual service in Morwell in the Gippsland region of Victoriak, which was organised by the Asbestos Council of Victoria and Gippsland Trades & Labour Council. Having worked as an industrial injury lawyer for many years and having grown up in Traralgon, not far from where the service was held, the opportunity to speak was particularly special.

Many years ago, during university holidays, I volunteered at local law firms in Morwell and once I began my legal career I remained involved in cases for injured workers in the Latrobe Valley, while working for WorkSafe as in-house counsel and later as a barrister.

Growing up in Traralgon, I witnessed first-hand the devastating effect of the widespread asbestos use that had occurred up until the 1980s at many of the Latrobe Valley industries and employers. It was no secret that many of the big employers in the region had required their workers to extensively use asbestos with little, and mostly no protection or warning. My grandfather was a local builder and often enlisted my mother and uncle to help cut up asbestos cement sheeting. My father worked at the local power station where asbestos lagging was widespread.

Today, Latrobe Valley power industry workers contract mesothelioma at seven times the state average. More than 140,000 Latrobe Valley power station workers were exposed to asbestos between the 1920s and 1980s and the legacy of this exposure continues today. I now look after our asbestos litigation practice and come into contact with people who worked in jobs just like my grandfather, or at the same power station as my father, and who are now battling asbestos diseases. All too often we discover that a relative of theirs knows one of my relatives, or they went to school with a cousin, or their aunty was our hairdresser!

In January this year I opened a visiting office in Moe to be more accessible to my Gippsland clients and to give me the opportunity to work in the region where I grew up. But it is not just the effect of asbestos exposure that I see in Gippsland – with a large proportion of the community employed in heavy industries, workplace injuries are frequent.

On 28 April the crowd at the International Worker’s Day Memorial service heard the story of my client who had been crushed by a two-tonne tank while welding at work. He managed to walk away, but was soon airlifted to the Alfred Hospital where he underwent multiple operations to treat multiple internal injuries. He calls himself “one of the lucky ones”.

Helping those with industrial injuries means I often meet people at the most challenging point in their lives. Taking the time to understand their problems and getting to know them and their families is critical to establishing a good working relationship.

Before joining Adviceline Injury Lawyers I was at the Victorian Bar for eight years. While the thrill of appearing in court never wore off, I missed working with clients on a day-to-day basis. So many cases do not end up in court and sometimes, in this area of law, the little victories are the most rewarding.

One client from our Springvale office was bullied at her workplace and suffered a psychological injury that meant she could not work. For her, an apology from the manager meant more than reimbursement of her lost wages. In resolving her claim, she received that written apology and felt, for the first time since she stopped work, that life would get better.

The philosophy of International Worker’s Memorial Day is: “Remember the dead, fight like hell for the living.” Every day in my work I am reminded that our health is precious and that we must always strive to keep workplaces safe.

Bree Knoester is a partner at Adviceline Injury Lawyers partner, a division of Holding Redlich.