Home>
SME Law>
Owl just may have the right stuff

Owl just may have the right stuff 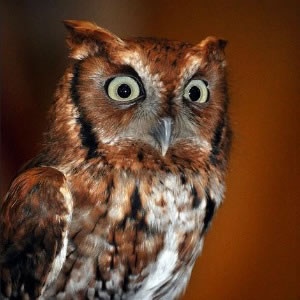 Owls are among the wisest of birds, but do they make good lawyers?

Charles Abbott, 67, from Aspen, Colorado, put this to the test last week by entreating a judge to permit a Harvard-educated toy owl to act on his behalf.

Mr Abbott began proceedings at Pitkin County Courthouse by pulling up a chair and solemnly placing the fuzzy horned owl on the desk in front of him.

The defendant, who stands accused of breaking a protection order and stealing from an ex-roommate, said his lawyer was very sensitive and well-educated, with degrees from Yale, Harvard and Stanford.

He intends to use the stuffed bird as his advocate until a public lawyer can be found.

As owls are prone to getting a bit of shut-eye during daylight, being inanimate may have worked in the learned toy’s favour.

The judge, Erin Fernandez-Ely, took no notice of the defendant’s strange companion.

This hoot of a case revolves around the alleged breaking of a protection order by Mr Abbott when he returned to the house of his former roommate, 75-year-old Michael Stranahan.

The defendant was also involved in a dispute at an Alcoholics Anonymous meeting earlier this month where he allegedly attacked Mr Stranahan.

Owl just may have the right stuff

Last Updated: 26 May 2015 Published: 26 May 2015
The Women in Law Awards is the benchmark for excellence, recognising the empowering women influencing the Australian legal profession, celebrating the female leaders, role models and future champions of the industry. Register for the waitlist today for the opportunity to attend this remarkable awards ceremony and network with top legal professionals and fellow peers.
Visit womeninlaw.com.au