Lawyers weigh in on anti-doping decision 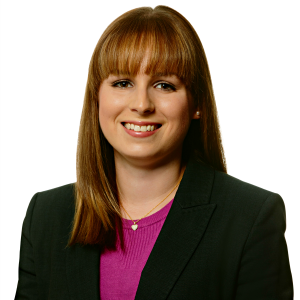 Litigation lawyers have called for further forensic examination of the supplements saga involving the Essendon Football Club. By Alana Giles and Ula Strus.

Following the controversial decision of the AFL Anti-Doping Tribunal that 34 current and former players of the Essendon Football Club did not breach the AFL Anti-Doping Code, the World Anti-Doping Agency (WADA) has now filed an appeal in the international Court of Arbitration for Sport (CAS).

WADA will appeal the AFL Tribunal’s determination that it was not “comfortably satisfied” that any player was administered the prohibited substance Thymosin Beta-4 while playing for Essendon FC between January 2012 and September 2012.

While CAS’ headquarters is located in Lausanne, Switzerland, it has a decentralised office in Sydney. Recent media reports suggest that while WADA has requested that CAS convene the appeal in Switzerland, a decision as to where CAS sits will only be made once a panel has been appointed by CAS and all relevant parties have made submissions. It is likely that the Essendon FC players will request that the appeal be heard in Sydney.

WADA will need to establish to the “comfortable satisfaction” of the Panel that an Anti-Doping Rule Violation (ADRV) was committed by the Essendon FC players, bearing in mind the seriousness of the allegation which is made.

The CAS hearing will start afresh and the entire case against the Essendon FC players will be reheard.

Several important implications flow from this, including that:

There is a chance that the Panel may issue a new decision which will replace the decision of the AFL Tribunal, or annul the original decision and refer the case back to the AFL Tribunal for a rehearing.

This will all take place behind closed doors, unless the parties agree otherwise. The entire process, from the time WADA filed its appeal to the date of the Panel’s determination, is expected to be concluded by the end of 2015.

A critical issue for both WADA and the Essendon FC players is whether any new evidence will be adduced before CAS.

Such new evidence may be documentary in nature - though this is unlikely - or in the form of new witnesses who did not give evidence in the AFL Tribunal hearing. However, key witnesses, including support staff employed by Essendon FC during the relevant period as well as the Club itself, are reportedly unlikely to be willing to assist WADA in its appeal.

A crucial issue facing WADA is whether it has the power to compel these individuals to give evidence at the appeal. Neither the WADA Code nor the CAS Code confers an express power on WADA to compel witnesses by way of subpoena. In addition, a recent decision of the Victorian Supreme Court, in which it was held that ASADA did not have power to compel witnesses to appear at the AFL Tribunal hearing, may be applicable to the same effect in the appeal hearing before CAS. However, the possibility of WADA having the power to issue subpoenas to witnesses to give evidence in the appeal cannot yet be conclusively excluded.

The Essendon FC players and WADA must also be cognisant that, although fresh evidence can be presented at the appeal, the Panel has discretion to exclude that evidence if it was available to the parties, or could reasonably have been discovered by them, before the AFL Tribunal’s decision was handed down.

It is rare for WADA to appeal a decision by a sporting disciplinary tribunal. For example, in the 2013 financial year, WADA was notified of and reviewed 2,207 decisions worldwide. It appealed 20 of those decisions, 12 of which were appealed in CAS. In our view, WADA’s appeal of the AFL Tribunal’s decision signals that the agency considers there to be good prospects of success in CAS and/or significant public policy considerations to warrant challenging the AFL Tribunal’s decision.

WADA’s decision to appeal has brought an unusual set of circumstances into the international sphere. The majority of cases dealt with by CAS are based on positive drug tests returned by athletes. The case brought against the Essendon FC players is markedly different - at its crux is a structured and systemic supplements program that was instilled and sanctioned by Essendon FC officials and support staff. In the absence of positive drug tests returned by the players, WADA is likely to be faced with, among other things, a stringent defence by the players that, at all relevant times, they were following directions issued by their employer (Essendon FC) to take part in a supplements program which was endorsed by medical and high performance experts employed by Essendon FC. How CAS will view such a defence, if brought by the players, is the subject of widespread interest.

Essendon FC and other stakeholders have left no doubt about their disappointment that the ‘supplements saga’ is not yet over for the 34 players and the AFL more generally.

However, doping is – as the WADA Code acknowledges – fundamentally contrary to the spirit of sport.

Those concerned with protecting the intrinsic value of sport in Australia and promoting respect for legal process will welcome further forensic examination of what transpired at Essendon FC in 2011 and 2012.

Lawyers weigh in on anti-doping decision