800 years on, Australia lags behind 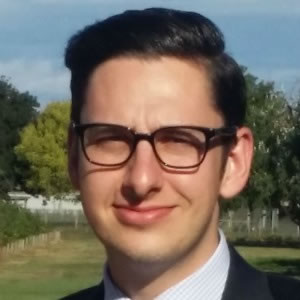 The 800th anniversary of the Magna Carta is not a cause for celebration but a reminder of Australia's weak human rights regime, Charles Noonan writes.

This week marks the 800th anniversary of King John affixing the royal seal to the Magna Carta, the ‘Great Charter’, beside the River Thames at Runnymede in 1215. This event was a significant day for the rule of law; for the first time the King conceded his power was limited by the legal rights of the people, as set out in this groundbreaking legal document.

Today, one of the four original Magna Carta manuscripts is displayed in the Great Hall of Australian Parliament. Geoffrey Robertson QC recently said this document should be both a source of pride and a note of warning to the Australian Parliament: a sense of pride, because it is a cornerstone of our representative form of government; and a note of warning, as the rights contained in the Magna Carta gave rise to certain liberties enshrined in our own Constitution, which Parliament cannot transgress.

Mr Robertson QC accurately notes that the only right contained in the Magna Carta that is expressly entrenched in our own Constitution is the right to trial by jury (section 80). While the Australian Constitution does expressly or impliedly safeguard a small number of personal rights (such as the right to vote), our Constitution is primarily concerned with pragmatism and establishing a federal system of government rather than ideology and civil liberties.

Unlike the United States and many other liberal democracies, Australia does not have a Constitutional (or even a statutory) Bill of Rights. While a Bill of Rights was proposed to be incorporated into Australia’s Constitution during the Convention debates, this proposal was ultimately defeated as most of the Constitution’s framers did not want additional fetters placed on legislative power and believed that personal rights were sufficiently protected under a constitutional model incorporating the British ideal of representative and responsible government. However, the late Sir Owen Dixon later pointed out that “the history of their country had not taught [the framers of the Australian Constitution] the need of provisions directed to the control of the legislature itself”.

As we have seen in recent years, Parliament is addicted to the practise of ignoring the fundamental rights of Australians for the sake of temporary administrative convenience; whether it be sacrificing freedom of association for the sake of controlling “bikies”, or ignoring the right of due process and the freedom from arbitrary or indefinite detention for the sake of national security and border protection. While the civil liberties of most Australians have been protected since Federation in 1901, Professor George Williams claims that there have been many instances in Australia’s short history “where those marginalised by society … have had their basic rights compromised”. The ease with which these basic rights have been transgressed by Parliament demonstrates that an absence of a Bill of Rights in the Australian Constitution has had (and continues to have) significant consequences for all Australians.

The 800th anniversary of the Magna Carta is a historical day for civil liberties and human rights around the world. However, it is trite and unwarranted for Australians to celebrate this occasion as if the Magna Carta was incorporated into domestic Australian law.

In any event, this is an ideal time to reconsider whether a Bill of Rights should be incorporated into the Australian Constitution so as to finally limit the power of Australian Parliament by reference to fundamental and inalienable rights of the people. This would be both a cause of pride and a cause for celebration among Australians.

Charles Noonan is a Judge’s Associate at the Federal Court of Australia.

800 years on, Australia lags behind