Back to the roots of arbitration 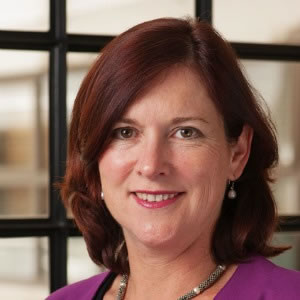 Clients today look to dispute resolution specialists not only for assistance to resolve disputes, but also to advise on procedures to resolve issues when they arise and before they become disputes.

If a dispute does arise, then clients want practitioners to develop a dispute resolution strategy to meet the client’s objectives or interests, and arbitrators should exercise the powers that they already hold to improve the efficiency of arbitration in order to resolve disputes as quickly and cheaply as possible.

At a recent seminar an expert panel recommended five techniques to alternative dispute resolution (ADR) practitioners in order to assist the parties to get back to the “roots” of ADR and arbitration.

Second, practitioners should encourage clients to embrace the use of dispute avoidance boards (DABs), particularly in construction and infrastructure contracts and potentially also in insurance and reinsurance contracts and other contracts. A DAB is a creature of contract and usually comprises three neutral members, established before start of a project, whose costs are to be met equally by the parties to the contract and whose aim is to facilitate communication between the parties, provide informal but comprehensive dispute resolution mechanisms if needed and whose decisions are non-binding but admissible in evidence.

One of the benefits of DABs is that they can head off disputes before they arise and can be used proactively, rather than sitting back and waiting for the retrospective focus of other ADR techniques such as mediation and arbitration. Figures collated by Dispute Resolution Board Australasia are that of the more than 60 projects to have used DABs, with a project value in excess of $26 billion, not one dispute has needed to go to arbitration to resolve it.

Third, it is important for ADR practitioners, particularly those working in the construction and infrastructure area, to have subject matter expertise to ensure they fully understand the issues in dispute and are able to best assist the parties to resolve them.

Practitioners with subject matter expertise on DABs have an advantage, because that expertise enables them to see where unplanned costs are likely to arise and to encourage the parties to deal with the issues before they become full-blown disputes.

Fourth, where appropriate, practitioners should consider embracing new techniques such as contractually providing for a contract facilitator (known in other countries as a dispute resolution advisor or interim decision maker) whose role is to decide on and advise the parties of the best method to resolve a dispute and will continue to assist clients to avoid disputes. Sample contract facilitation provisions are contained in AS 11000 general conditions of contract that are in the process of being finalised following a consultation period.

Fifth and finally, getting back to the roots of arbitration and ADR involves acknowledging that while disputes may be more complex than they have been in the past, there is something to be said for building the procedures to resolve the dispute from the ground up rather than using the same set of procedures in each matter. Techniques to avoid legalistic procedures in arbitration and ADR include keeping clients engaged with the process and achieving their objectives or interests as its focus, so that clients have less incentive to engage in game-playing or destructive tactics.

Arbitrators already have extensive powers to control procedure under Australian law and arbitration rules. They should be ready and willing to use these powers by using tried and tested mechanisms, such as “stop clock” hearings, to control the time taken up with witness examination and oral submissions, and “hot tubbing” of experts (a concept which has been borrowed from arbitration into litigation).

Arbitrators should also use newly developed techniques such as the “Kaplan opening” (a short hearing to have the case opened in advance of an arbitration hearing to ensure arbitrators are focusing on the real issues in their preparation) and, in complex matters, the possibility of arbitrator “retreats” (also known as a Reed retreat) before an arbitration hearing to ensure arbitrators have set aside sufficient time to read into the matter and so better come to grips with the real issues.

Furthermore, arbitrators should take advantage of the flexibility of the arbitration procedure to embrace new technology, such as electronic case management and even holographic telepresence for witness evidence, in order to improve the efficiency of arbitration.

Back to the roots of arbitration