ISDS: The risks and rewards 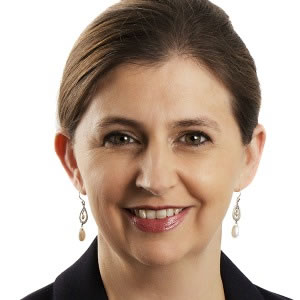 Investor-state dispute settlement (ISDS) is a controversial topic that regularly receives bad press. The "Plain Packaging case" commenced by Philip Morris against Australia has certainly fuelled the negative reputation of ISDS within some sections of the Australian Government and public.

ISDS usually gives an investor the right to bring a claim in international arbitration against the state in which it has made its investment (the Host State). The claim must relate to a breach of an investment protection that has been given by the Host State to the investor in the underlying treaty. Those investor protections may include: no expropriation without compensation; fair and equitable treatment; full protection and security; and national treatment and most-favoured nation treatment.

How does it benefit Australian companies?

Australian companies investing outside Australia, particularly in emerging markets, may be able to take advantage of ISDS if the Host State government interferes with its investment.

Let's take Myanmar as a hypothetical example. A newly opened market that provides exciting opportunities for Australian companies, an Australian investor decides to invest in a major resources project. It obtains the necessary  approvals and invests substantial amounts of money in the project.

Three or maybe five years down the track, let's assume Myanmar has elections and the government changes. The new government may not approve of the project and may take measures that significantly interfere with it. It may cancel the investment approvals or licences required, or it may unilaterally change the law overnight, thereby adversely impacting on the Australian company's investment.

If this example eventuated, the Australian investor may bring a claim against Myanmar under AANZFTA. That claim could be a claim for expropriation or a breach of fair and equitable treatment. If the investor succeeds, it may be awarded damages for the losses it has suffered, such as the costs it incurred in setting up the project or even future costs depending on the stage of the investment.

Without ISDS, the Australian investor may not have any remedy against the measures taken by the Myanmar government. It is unlikely that there would be an effective remedy in Myanmar law or under the contracts relating to the project (though other contract claims may also arise).

In the past, the Australian investor would have to rely on diplomatic action being taken by the Australian Government against the relevant government with limited, if any, prospects of ever recovering the investment or compensation. This is only a hypothetical example, but it illustrates the risks for Australian companies investing in emerging markets.

Many damages awards issued in investment arbitrations have been honoured by the Respondent State. Such awards are enforceable under international conventions (such as the New York Convention and the International Convention for the Settlement of Investment Disputes (ICSID Convention)) and have been enforced despite some of the potential difficulties (such as claims of state immunity).

How should Australian companies being taking advantage of ISDS?

There are more than 3,000 investment treaties worldwide. Australia has entered into a small number of investment treaties in comparison to many other countries. Many of those treaties cover the Asia-Pacific region but none covers Africa. That means an Australian company investing in the mining and resources or other opportunities in Africa is not protected by a treaty.

Likewise, there are only five treaties that cover South America: a FTA with Chile and BITs with Argentina, Mexico, Peru and Uruguay.  Australian investments in other South American countries have no treaty protection.

Foreign investors in other parts of the world that are more familiar with the investment treaty regime routinely consider investment protection planning alongside tax planning. Australian companies should be adopting a similar approach when investing in foreign markets, particularly emerging markets.

What about potential claims against Australia?

Investment treaties are entered into on a reciprocal basis, i.e. while the foreign state grants protection to Australian investments, Australia must grant protection to investments of that foreign state. That does not necessarily mean  the floodgates of investment claims will suddenly open if Australia accepts ISDS in an FTA. Indeed, Australia entered into a number of BITs in the early 1990s and has only recently faced its first claim (the Plain Packaging case).

Safeguards can be put in place. Public interest exceptions are regularly carved out of investment treaties and the FTAs. The draft TPP released by Wikileaks carves out public health, environment and other public interests. Other exceptions may also prevent the investment protections from applying to certain types of regulations or certain sectors.

Moreover, the government can take precautionary and preventative measures to ensure that new legislation or regulations, changes in policy or other government actions do not contravene the investment protections that have been promised to foreign investors.

When Australia is negotiating the TPP and other FTAs, it should consider not only the trade and investment opportunities for Australian companies investing in the relevant foreign country, but also the potential risks to those investments. With the use of appropriate safeguards in the FTA or investment treaty, the benefits that ISDS can offer to Australian companies can be balanced against the public interests of the Australian Government and Australian public.

ISDS: The risks and rewards