In defence of bail 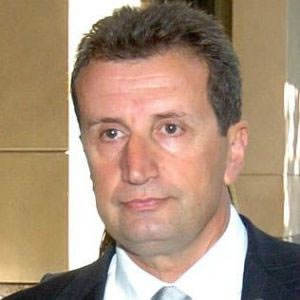 While the bail system has come under fire in recent times, its operation is generally successful and just, George Defteros writes.

There has been significant media coverage recently about an alleged offender who was released on bail to get married. He subsequently absconded, was recaptured and jailed. This resulted in inappropriate and ill-conceived claims that the County Court judge was ‘hoodwinked’.

Judges and magistrates grant bail in circumstances where they are satisfied that the applicant has established exceptional circumstances. It happens every day of the week in courts across Victoria and works extremely well in the majority of cases.

Strict conditions can be imposed to further safeguard releasing an offender on bail including reporting to police daily, a curfew as well as geographic and travel restrictions.

A substantial financial surety can also be imposed and this places an extremely high onus on the person offering surety together with the offender to adhere to the conditions of bail.

The problem is not with the individual judges who determine the issue on the balance of the evidence placed before them, but with the Bail Act. The act highlights that ‘Any person accused of an offence and being held in custody in relation to that offence shall be granted bail’.

The act clearly places a significant emphasis on an applicant to establish “exceptional circumstances” in serious criminal matters before bail is granted.

Judges and magistrates do not make ad hoc “decisions” and very rarely get it wrong. They take bail as an extremely important component of the justice system and considering the individual freedom of an accused, who at that point in time is not convicted and still awaiting trial, weighs heavily on them.

The hurdle that an applicant has to overcome to be granted bail is a very high one. The onus is on an applicant to overcome this high hurdle by producing evidence and making submissions in order to satisfy the court of his “exceptional circumstances”.

The Bail Act does not insist upon strict rules of evidence being followed as often hearsay evidence is led by the police or the prosecution in opposition to an application for bail. Bail applications are extremely difficult when there is a contested application over bail as often counsel appearing on behalf of an applicant has to cross-examine the arresting police officer on the basis of hearsay evidence, which is led from the witness box on an ad hoc and informal basis.

Statements of evidence have yet to be provided as part of the case against the accused and police can rely upon a summary of the evidence, which later is never used in the actual finalisation of the case. The arresting officer can also provide his “opinion” or “view” about whether or not an applicant will comply with conditions of bail.

Bail applications need to be prepared thoroughly. Evidence is led in conjunction with detailed submissions in support of an application for bail, together with professional reports that can be tendered in evidence.

The court is then in the best position to determine the issue and should not be the subject of outside interference or commentary from members of the media who do not have the complete facts before them.

Bail will also often have a treatment component to it under a drug-related, psychiatric or psychological program associated with the court granting bail. This ensures that people who are in need have access to support facilities that would not normally be available in the currently overflowing prison environment.

Bail needs to be continued in its present format and the act should not be amended any further. For all of the most recent publicity about the inadequacies of bail, there are many more successful and unheralded applications made on a daily basis.

George Defteros is the founder of Defteros Lawyers and an accredited criminal law specialist with over 36 years experience.

In defence of bail