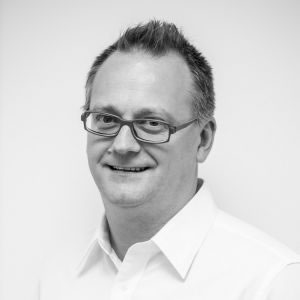 The question of regulating employee behaviour outside of work emerged as a hot-button issue at a recent general counsel roundtable, writes Paul Garth.

It is widely accepted that employee conduct during work hours is subject to the standards set and maintained by the employer, and that any breach of these standards comes with relative consequences.

There is far less clarity, however, when it comes to employee conduct outside of work. While an employee’s behaviour in their private time still has the potential to affect an organisation’s operations and, more commonly, reputation, very few organisations are confident in managing this effectively.

This is something I have heard lawyers muse about on several occasions, and so we chose to address this very issue as part of GRMSearch’s series of roundtable breakfasts looking at topical issues for general counsel.

The speaker was Glen Bartlett, principal of Bartlett Workplace Lawyers & Consultants and former managing partner of Clayton Utz in Melbourne. Glen specialises in workplace relations advice, workplace investigations and restricting, and is a leading provider of management capability training.

The question posed was ‘can employers regulate employees while they are on their own time?’, and the answer outlined by Glen was a resounding 'yes'. Glen addressed six general counsel from leading Australian organisations and one national HR manager who was brave enough to sit down among lawyers to discuss this.

According to Glen, Australian courts and tribunals have been increasingly willing to allow employers to exercise their right to supervise their employees' private conduct in certain circumstances. Any behaviour can be regulated, as long as there is sufficient connection between what it is you are looking to regulate and the potential for damage to the employer’s reputation or the employee’s ability to carry out work.

The discussion shifted to best practice on regulating conduct, and Glen highlighted the importance of having a written policy or code of conduct. Without this, it is difficult for employers to enforce their rights in cases of indiscretion.

“All too often codes of conduct are little more than cut and paste versions not specifically fit for the business nor reflective of the values of the organisation. They really do have to be tailored in order to be effective. An employee’s behaviour does not have to be illegal for it to be improper and damaging to the organisation,” he said.

A conversation was then had around the example of the James Boags socially responsible drinking policy. This policy gained wider recognition outside of the company in 2009 when a worker was successfully dismissed for breaching the policy out of work hours. He had been drinking after work, got caught drink-driving and reported it to his supervisor himself. Despite an exemplary work record, the employee was dismissed and the dismissal upheld when challenged. It was proven that the company was protecting legitimate interests. They had drafted a policy and then inducted their people on what the standards were.

This led to a discussion on the difficulty of policing such a policy, with several of the attending general counsel agreeing that breaches generally come to light due to self-reporting (as happened in the James Boags case) or via a third party. While difficult to police, most agreed that it was important to implement a policy with clarity and consistency once it is in place.

One difficulty in policing work-related behaviours is the inconsistency of legislation across states. Glen pointed out that the ability of employers to monitor emails, computer use and the like varies from state to state, and that this is an impediment to lawyers looking to draft a consistent policy across a national organisation.

Glen rounded out the discussion by adding that policy and codes of conduct were not the 'be all and end all' on the matter. Training and culture must reflect aims and policy. He noted that he has seen a distinct lack of training given to managers and supervisors on how to counsel employees on behaviour, and particularly how to handle curveballs that might come from the discussions they might attempt to have with employees.

Paul Garth is a director at executive search firm GRMSearch