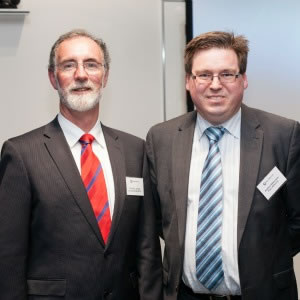 The judiciary continues to show strong support for arbitration, with the two systems viewed as complementary, Andrew Robertson writes.

Australia has made substantial progress in the area of international commercial arbitration since the 2010 reforms to the International Arbitration Act.

Further legislation relating to reforms were introduced in the Australian Parliament through the Civil Law and Justice (Omnibus Amendments) Bill 2015 in the same week Federal Court Justice John Mansfield AM QC delivered his address marking the Centenary of the Chartered Institute of Arbitrators hosted by Piper Alderman in Adelaide on 17 September.

Addressing members and guests, his Honour reflected on arbitration in its various forms, innovation and dispute resolution.

He also noted the symmetry between the 20th anniversary of the Australian branch of the Chartered Institute of Arbitrators and his 20 years as a judge of the Federal Court.

Justice Mansfield went on to say that during that time there have been many changes at the Federal Court. These have included: docket management; case management; a focus on the identification of issues and judicial intervention; and a transition to electronic records.

Justice Mansfield noted that in part the most recent change – the development of a national court framework which assigns matters to judges by area of practice – allows for the allocation of matters to an available judicial officer with appropriate expertise, which has some similarity with the selection of arbitrators for their expertise. It can be seen from that change that benefits of prompt justice and appropriate experience – key facets of arbitration – are recognised as desirable by the courts as well.

These changes were paralleled with changes in the international arbitration sphere during the last 20 years. His Honour said they include: globalisation; the push for the ability to engineer and select a jurisdiction; financial pressures and, in the last five years, more harmonious support of arbitration from the courts.

Justice Mansfield also reflected on the importance of innovation and how international innovation can have far-reaching and surprising consequences. Noting specifically the importance of arbitration in maritime law, his Honour spoke on the changes that occurred from 1973 when shipping containers were standardised and how this led to consequential changes in ship design and the more efficient movement of goods.

Innovation in all fields, he said, can lead to increased efficiency and reduced costs.

He went on to say that Australia remains well placed to grow its international arbitration practice and identified multiple factors that encourage parties to select an Australian seat – being a central and neutral location that can offer competitive pricing, and the availability of experienced arbitrators from which the parties can choose. Courts have neutral and experienced justices. Australia’s legislative framework is based on the international model law and courts have adopted procedures to support arbitration.

In reflecting on the changes made within the Federal Court over time and the presence of specialist skills within the court, his Honour’s comment demonstrated how arbitration and the courts are now seen as complementary systems for resolving disputes.

The support of the members of the judiciary for the Chartered Institute across Australia shows the concept of competition between the courts and arbitration is a mindset of the past. The two systems now look to each other to assist them in providing effective and efficient dispute resolution. Each has a role in working with the other to provide innovative and efficient outcomes.