What do you call a lawyer with a joke book? 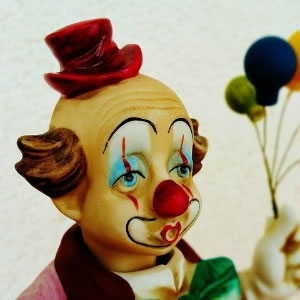 While lawyers are used to advocating for clients, most grit their teeth and take it when it comes to lawyer jokes – but not Malcolm Kushner.

The former attorney turned humour consultant has come to lawyers’ defence, penning a book of comebacks to the most common lawyer jokes.

According to Mr Kushner, lawyer jokes have been around for centuries but reached a peak of both frequency and hostility in the 1980s. While ebbing and flowing in popularity over the next 30 years, they remain a staple for the jokester with a grudge against the profession (or a high legal bill).

Today, lawyers are subjected to thousands of variations, from the mildly hurtful (Why don't snakes bite attorneys? Professional courtesy) to the downright cruel (What do you do when a lawyer is buried up to his neck in wet cement? Buy more cement).

With his new book, Comebacks for Lawyer Jokes: The Restatement of Retorts, Mr Kushner hopes to give lawyers some punchlines of their own.

He suggests lawyers can parry these attempts at humour by providing their own, more positive spin.

As an example, if an odious dinner party guest opens with “what do you call 500 lawyers at the bottom of the ocean?” Mr Kushner suggests jumping in with “The Bar Association of Atlantis" – upstaging the joke teller before they can say "a good start".

Alternatively, Mr Kushner also recommends lawyer jokes showing the profession in a good light – for example, highlighting their service to the community with: "What's the definition of an optimist? A public interest lawyer with a mortgage."

Folklaw applauds Mr Kushner for trying to restore dignity to the profession, but also thanks him for introducing this joke to the world:

Q: How many lawyer jokes are there?
A: Hundreds – but they're all sitting in parliament.

What do you call a lawyer with a joke book?