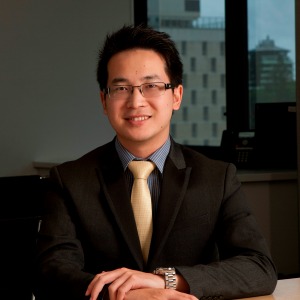 The intellectual property law issues behind illegal movie downloading are more complex than what the media is currently reporting, Sandy Zhang writes.

It is one of the most misreported issues in Australia – illegal movie downloading from the internet and moves by copyright holders to hound those breaching intellectual property rights. It’s not as straightforward as it sounds, especially for a public trying to interpret the nuances of copyright infringement and moves to crack down on it.

A recent media report warned anyone who has downloaded, or uploaded movies, TV shows and music, to “be very scared”.

It cited a Wikileaks leaked version of the “secretive” Trans-Pacific Partnership (TPP) deal (the official version has since been released), claiming rights holders such as Hollywood studios could soon be able to sue downloaders for lots of money.

It stated the agreement would force internet service providers (ISPs) to hand over the details of illegal downloaders to the rights holders, and dob in persistent pirates.

It further claimed the document wants all the countries involved to change their laws to make it easier for the studios to pursue copyright infringers for pre-established damages.

Not true. The TPP agreement is an international treaty to bring consistency to IP law in several countries but having a requirement in the agreement does not mean it is a new requirement for the Australian system.

Australia already has an additional damages system, so we satisfy that TPP requirement for copyright-related damages. I don’t see us introducing pre-established damages.

In the USA there is a risk an individual could face huge damages for relatively minor infringements. The Dallas Buyers Club case in Australia is a test here for the rights holders.

Dallas Buyers Club will probably continue to pursue its case if only to send a message to Australian infringers. It is mostly a scare tactic but to be effective they will have to prosecute some people.

Australian courts are likely to award damages to reflect the price of the number of copies of films downloaded PLUS the cost of obtaining the person’s details for the claim. This would include court costs, which would be split between proven infringers. Depending on the number of proven infringers, average Australians might have to pay between a few hundred to a few thousand dollars for downloading a movie.

Downloading copyrighted material without authorisation is not legal, although usually not in a criminal sense unless you are distributing copies to others for profit. For the average Australian, what they face is legal action from the rights holders.

The upcoming Copyright Notice Scheme could mean that Australian downloaders may receive notices from their ISPs. However, a rights holder still can only get list of IP addresses from ISPs and must apply to the court to get customer details (of those issued with a third-strike warning from the ISP). It could get complicated.

If you receive a demand letter claiming you have infringed copyright you may have to prepare evidence to show that you did not download the movie. Having a legal copy of what you were accused of downloading is an argument. Whatever your stance, do not ignore any demand letters.

People who download from sites such as YouTube won’t be hit with copyright actions because it is nearly impossible for YouTube to differentiate between viewing and downloading from its perspective.

However, downloading a YouTube video intended to be streamed is still a breach of the uploader’s rights.

Australians’ risk increases if they upload a movie to a site for unauthorised sharing (regardless of whether it is BitTorrent or YouTube). They may not directly distribute the film to people, but the upload may enable hundreds of people to view or copy the film. Even if it was not for commercial gain, there is a risk of significant liability potentially in the range of tens of thousands of dollars.

It is also irrelevant whether a show or movie is available on TV. A copy downloaded illegally is not authorised by the owners/ rights holders. A film on TV is there because a TV station purchased rights to air it and to generate advertising revenue.

The fundamental problem with piracy is that the downloader gets it for free but deprives everyone else (including producers, actors, distributors, TV stations etc) of any income from it.