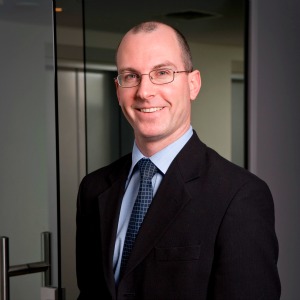 The bad blood between a controversial media columnist and a man who was sacked from his job after posting an abusive remark about her on social media could very well end up in the Fair Work Commission.

That’s a possible scenario from a controversial issue surrounding social media that has dominated media headlines recently. A man sacked by his employer for an abusive comment on a commentator’s social media page raises the likelihood Fair Work could be asked to rule whether the man’s employer was justified in sacking him for his remarks to the feminist writer.

Sydney hotel supervisor Michael Nolan was sacked by the Meriton Group after posting an offensive remark on the Facebook page of outspoken columnist Clementine Ford, who was campaigning against misogyny and online harassment.

Mr Nolan reportedly posted the comment “slut” on her Facebook, which reportedly has around 80,000 followers. She responded on her social media account by calling Meriton’s attention to his remark.

“I wonder if the folks over at Meriton Apartments are aware that a man listing himself as a supervisor for their business likes to leave comments on women’s Facebook pages calling them sl**s. I wonder if they are also aware that he is a racist,” she reportedly wrote, noting he had also posted racist jokes on his own Facebook page.

In a statement to Ms Ford, Meriton Apartments said they did not condone Mr Nolan’s behaviour and he had since been let go from his job.

Dismissals in such circumstances could be a game-changer in the employment law landscape since Mr Nolan’s remarks did not seem to have any connection with his job or reflect on colleagues or his employers.

It’s important in this issue not to get enmeshed in the fine detail of what she said and he said and focus on the wider employment law ramifications of what happened.

Whether Meriton was justified in sacking Mr Nolan could come down to what - if any - rules or restrictions on social media use were contained in Mr Nolan’s employment contract or in Meriton’s workplace policies.

The only connection I know of seems to be that on his own Facebook profile, Mr Nolan described himself as a supervisor at Meriton Apartments and Ms Ford used her social media clout to call out the employer and ask whether they knew their employee was making degrading comments on social media and posting racist jokes.

I think in these circumstances an employer would need to be very careful about sacking someone since that person could bring an action for unfair dismissal, and probably with some merit. I wouldn’t be surprised to see a matter like this go to Fair Work.

Employers may have a policy that staff cannot use work devices to post on social media, or they cannot make disparaging remarks about colleagues, their job or employers. But if the post is private, unconnected with the workplace and has nothing to do with the employer or its business, I’m not sure how an employer can justify (at law at least) a sacking.

Employers need to have clear policies about social media use by employees, and cannot just “make it up” in retrospect.

This issue could be a game-changer in how social media can lead to a person’s sacking for remarks not related to his work or workmates. It may well be a significant extension to what might be the rules an employer would lay down regarding out-of-work conduct and how that could reflect on the employer’s business.

Given the enormous use of social media now, the 'rules' of its use are constantly changing but one constant is the need for people posting offensive remarks to stop and think first.

Too many people think they are immune and can post whatever they like on social media. My advice to them is, would you be happy for your parents to read what you posted? If not, don’t post it.

Employees need to realise that aggressive or abusive posts can come back to haunt them. Employers and recruitment companies often screen social media sites to see what applicants or employees may be saying. It can reflect on your status at work and be a negative to promotion or being hired.

It’s important to take some of the emotion and heat out of the issue and remind people that 'trolling' or posting abusive remarks on social media is not only unsociable but could bring serious repercussions.

While Ms Ford has vigorously challenged online abuse from men, she was in turn criticised for being instrumental in having Mr Nolan sacked. Her response was uncompromising.

While news media fascination for this issue has now moved on, the employment law implications are still to be ascertained.