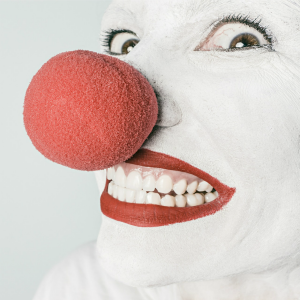 Australian court cases are full of comedic gems if you know where to look, writes Theadora Fabricius.

Many a law student has been trapped in the library, gulping coffee as they anxiously navigate the dusty collections of cases past.

Every so often there is the startling realisation that judges – some judges – are actually cracking jokes in the courtroom, although their sombre diction would make it appear otherwise.

Memorising precedents is not what most students would consider fun. However, even the driest of case can be improved by some even drier judicial humour.

Some of my favourites, which can be found in their entirety on this blog, are the following:

Judges are often faced with some nasty characters in court. While they are generally grave, respectful and serious, Chief Justice Murray Gleeson couldn’t resist having a sneaky dig at the less-than-reputable profession of used car salesmen in Green v Green (1989) 17 NSWLR 343 at 346.

“The deceased appears to have maintained simultaneous domestic establishments with all three women and their respective children,” he observed. ”This is consistent with his apparent success as a used car salesman.”

Justice Michael Kirby is widely known for his sharp intellect and snazzy turn of phrase. He doesn’t disappoint in this exchange (Joslyn v Berryman S122/2002 [2002] HCATrans 573, 2002):

KIRBY J: I just think “drunk” is a label and I am a little worried about it – it is not necessary to put that label. It is just that they were sufficiently affected by alcohol to affect their capacity to drive.

KIRBY J: “A drunk” has all sorts of baggage with it.

MR JACKSON: I am indebted to your Honour.

KIRBY J: I do not know any of these expressions.

McHUGH J: No, no. Justice Hayne must live a very different life to the sort of life we lead.

FRENCH CJ: Just bear with us for a moment, there is a rogue iPad. Technical assistance is required.

MR BENNETT: It is probably guilty of contempt, your Honour.

HEYDON J: What if the individuals who were damaged did not bother about the Commission and just brought their own action? They are still relying on a public order statute.

MR GLEESON: Yes. That again has removed a further plank from our argument and is closer to the area of —

HEYDON J: I just want to see how much we jettison before we start swimming.

MR DONAGHUE: At present I cannot see any way around that and we will have to put on the material in due course but we will, if your Honour is content, cross that bridge when we come to it if we can.

HAYNE J: No, I simply hear what you say. You should not ascribe any sense of contentment to me at all.

MR SILBERT: If the Court pleases. Your Honours, I propose to address grounds 3 and 2, and to adopt enthusiastically the submissions of the second respondent in relation to ground 1.

GUMMOW J: Why would your enthusiasm help?

FRENCH CJ: What does the concept of an unincorporated association encompass in the definition of entity?

FRENCH CJ: Is this just any collection of people who come together for a common cause - - -

FRENCH CJ: Or do they have to have a constitution and rules or - - -

HAYNE J: Just answer in one or two sentences the whole of the law about unincorporated associations, Mr Walker.

“This great renversement des alliances created a new and unexpected hurdle for the defendants. So the Court was as on a darkling plain, swept with confused alarms of struggle and flight, where ignorant armies clash by night – although the parties were more surprised than ignorant.

“After a ‘great’ constitutional case, the tumult and the shouting dies. The captains and the kings depart. Or at least the captains do; the Queen in Parliament remains forever. Solicitors-General go. New Solicitors-General come. This world is transitory. But some things never change. The flame of the Commonwealth’s hatred for that beneficial constitutional guarantee, s 51(xxxi), may flicker, but it will not die. That is why it is eternally important to ensure that that flame does not start a destructive blaze.

Theadora Fabricius is a law graduate from the University of Sydney.