From predator to prey: Disruption in the class action landscape 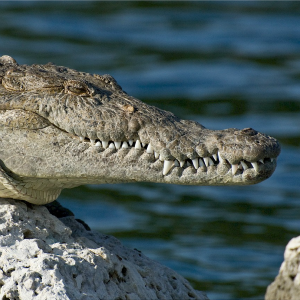 If the class action against Slater and Gordon goes ahead, plaintiff firms, clients and litigation funders will experience a role reversal, writes Michael Legg.

Maurice Blackburn and ACA Lawyers have announced that they are accepting registrations of interest from shareholders of Slater and Gordon Limited in relation to losses flowing from Slater and Gordon’s alleged contravention of the securities laws.

Three other relationships are of even greater interest. Many of the funds and institutions that are Slater and Gordon Limited shareholders are also the same entities that Slater and Gordon would likely have acted for in the past in shareholder class actions against other listed corporations. “Likely” is used deliberately because most funds and institutions are not specifically identified in a shareholder class action because they usually remain anonymous group members. But here those clients must obtain representation from a competing plaintiff’s law firm – Maurice Blackburn or ACA Lawyers. Funds or institutions that hold large blocks of shares are key to profitable class actions for plaintiff’s law firms. A class action against Slater and Gordon may provide a newcomer like ACA Lawyers, even more than Maurice Blackburn, with an opportunity to develop those key client relationships.

Slater and Gordon Limited may better appreciate some of the vagaries of continuous disclosure requirements in ASX listing rule 3.1 in that it has previously used to sue other listed corporations. For example, the problems with the requirement to “immediately” disclose could be better understood considering that Slater and Gordon required nine days to verify and confirm information indicating the firm would miss its previous earnings guidance. There is also the question of when a corporation becomes “aware” of price-sensitive information and the operation of the exceptions to disclosure in rule 3.1A. Equally, there is the prospect of Slater and Gordon Limited being able to put before the courts some of the uncertain areas of law in shareholder class actions, such as causation. A finding in favour of some of the more novel approaches put forward by plaintiffs lawyers could be a bad outcome for Slater and Gordon Limited in this particular class action, but could set the scene for greater recoveries in future class actions.

Michael Legg is an associate professor at UNSW Law.

From predator to prey: Disruption in the class action landscape