Comedian-barrister jumps between courtroom and stage 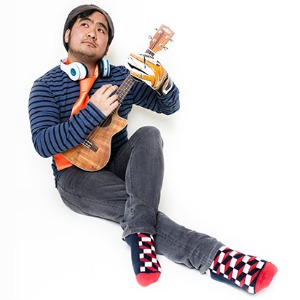 A young lawyer who hoped improv classes would help his performance at the Bar discovered a new passion for comedy instead.

John Leung, a barrister in Melbourne’s Owen Dixon Chambers East, will perform his latest show 8 Things You Don’t Know About Me as part of the Melbourne International Comedy Festival in early April.

As a solicitor dreaming of the Bar, Mr Leung began taking improvisation classes to get better at “making things up on the go”.

“I thought that would be a useful skill for my future barristerial career,” he joked.

The classes turned out to be a great experience, Mr Leung said, though in many ways improv is antithetical to being a barrister.

For one, improv embraces a philosophy of saying “yes” to all suggestions – not a great trait in a courtroom, Mr Leung said.

He also pointed out that improv encourages an ethos of “making your partner look good” by accepting and working with their ideas.

“I guess that approach wouldn't get you far in an adversarial court system,” Mr Leung noted.

While not necessarily a boon to his legal career, the classes inspired him to get involved with a comedy troupe. Although he has been performing for three years, the upcoming show marks his first solo performance.

Mr Leung believes the hardest part about comedy is dealing with the aftermath of a bad gig – yet he finds his career surprisingly helpful in this regard.

“The issues and strategies around dealing with ‘bad gigs’ are equally applicable to cases in court as they are to gigs,” he said.

“After a bad day in court you have the same sort of thoughts as after a bad gig - did I prepare enough, did I advise the client poorly, or did I make a tactical error or play the judge the wrong way?”

In his latest show, which features occasional ukulele serenades, Mr Leung explores growing up in a Chinese-Australian household.

Comedian-barrister jumps between courtroom and stage