An online documentary series starring five executives, including a Corrs Chambers Westgarth partner and a Telstra in-house counsel, has followed their journey to putting flexible work into practice for male professionals.

The Equilibrium Man Challenge has been a year-long project following the lives of five senior professionals who have defied ongoing workplace norms that remain hostile to men working flexible hours.

While many firms are beginning to embrace flexible work practices, a perception remains in the industry that flexible work is primarily for 'mothers' rather than parents or caregivers of all genders.

“It is no secret that we are in an increasingly competitive global environment, where clients are under pressure and have changing needs, and lawyers have competing life priorities,” Mr Chaaya said.

“However, lawyers need to be bold and challenge the way work has traditionally been done in a law firm, and flexibility is a key enabler to making this happen. As employers, whether we like it or not, the generation of lawyers coming after us and working their way up through the ranks will be expecting nothing less.”

While workplace flexibility is gaining momentum in Australia, the transition to flexible working requires significant personal change for individuals and cultural change for organisations, according to Dr Graeme Russell, an expert diversity consultant.

“I’m yet to meet a man who has introduced a small amount of flexibility into their work and been worse off as a result,” Dr Russell said.

He said there are multiple factors that explain why the men in the Challenge had such success, the most obvious being the support from their employers.

“All of these men had the active support of their company’s leadership. Without such support, any move to embrace modern work practices is doomed,” he said.

“Next, they had the clear support of their immediate bosses and their peers, which meant they could effectively redesign tasks and delegate, which often helps develop the careers of peers and improves team productivity.”

The other Challenge participants who all made formal flexible arrangements were Telstra supervising counsel Simon Quartermaine and executive Reid Johnson, and Mirvac executives Adrian Cory and Tom Faulkner. 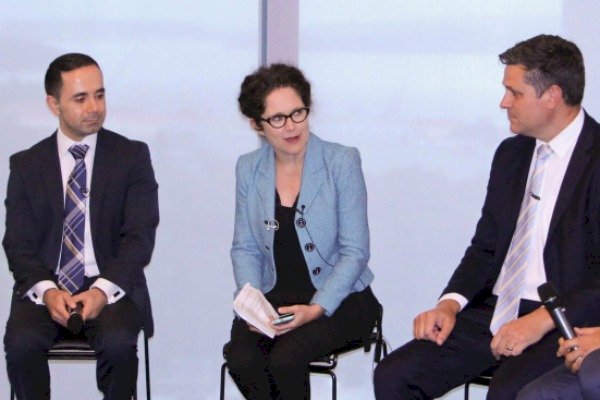