The banks bite back 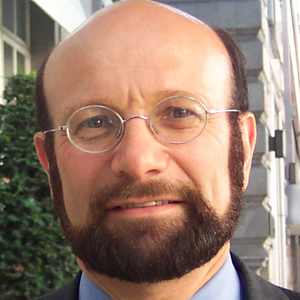 Efforts to recover money on behalf of investors burnt by Bernard Madoff’s Ponzi scheme have been spectacularly successful, until the Trustee attempted to get money from the banks, writes Raphael Grunfeld

Efforts to recover money on behalf of investors burnt by Bernard Madoff’s Ponzi scheme have been spectacularly successful, until the Trustee attempted to get money from the banks, writes Raphael Grunfeld

Irving Picard, the Bankruptcy Court appointed Trustee charged with recovering assets for the Madoff estate has, so far, collected almost half of the money lost in the scandal.

He has sued Madoff’s wife, brother and children, including the estate of the son who killed himself, as well as Madoff’s grandchildren, niece and employees. He has commenced recovery efforts in the US and overseas.

He has clawed back money from many people who withdrew from Madoff over the past six years, sometimes delivering more money than they invested with him.

He has procured a US$7.2 billion ($6.7 billion) settlement with the widow of Jeffrey Picower, the billionaire who, after Madoff’s arrest, was found dead from a heart attack at the bottom of his Florida swimming pool.

He has also gone after the big banks that managed Madoff’s bank accounts, accusing them of ignoring red flags that would have led them to the Ponzi scheme. But his recovery efforts against the banks have run into strong counter-offensives.

Firstly, by arguing that the case involves major legal issues beyond the scope of bankruptcy law, they have succeeded in removing the claims from Picard’s home turf in the Bankruptcy Court to the US District Court.

One of those issues is whether the Trustee is limited to recovering the customer’s cash and securities deposited with Madoff at the time of the collapse or whether he has the right, on behalf of Madoff’s customers, to sue third parties, such as the banks.

Recently, the US District Court for the Southern District of New York has decided that the Trustee has no such power and has  dismissed such claims before trial.

The court rejected the Trustee’s argument that the right of action against a third party is customer property to be protected by the Trustee just like cash and securities, and held that only Madoff’s customers themselves can bring such suits.

Underlying the court’s decisions are both Article III of the United States Constitution, which provides that plaintiffs lacking standing cannot litigate in federal courts, and the common law doctrine of “In Pari Delicto” which prevents the Trustee, who now stands in Madoff’s shoes, from suing for a wrong, which Madoff himself masterminded.

Undeterred, Picard has come up with the nuclear option.

He commenced one of the largest civil claims ever in the Bankruptcy Court. A US$59 billion ($54.6 billion) action against over 50, mostly non-US defendants, including the Austrian banker Sonja Kohn, large Austrian and Italian banks, feeder funds and their directors and officers.

In this lawsuit, the Trustee has invoked a US statute called the Racketeer Influenced and Corrupt (RICO) Organisations Act, and alleges that this group of foreigners is responsible for the US$19.6 billion ($18.2 billion) lost in the Madoff scandal.

The potency of RICO, which was originally intended as a weapon against organised crime, is that it can wreak treble damages.

The Trustee accuses the defendants, under the purported direction of Sonja Kohn, of an
illegal scheme to feed other peoples’ money into what Pickard claims Kohn knew was Madoff’s Ponzi scheme.

Kohn, he asserts, was assisted in this effort by the predicate acts of what he has dubbed the “Medici Enterprise”, consisting of large European banks that solicited and funneled money from unsuspecting
investors into the Ponzi scheme under the cover of a web of feeder funds.

In so doing, the Medici Enterprise provided a capital inflow of US$9.1 billion ($8.4 billion), without which the Ponzi scheme would have collapsed much sooner.

Much of the terminology used in the claim, such as “illegal scheme”, “enterprise” and “predicate acts,” are terms of art, deliberately chosen by the Trustee to apply the draconian treble damages provisions of RICO. The more a plaintiff can liken a defendant in a RICO civil suit to the Godfather, the enterprise to the mafia family and money transfers to extortion, bribery and money laundering, the greater the plaintiff’s chance of success.

The RICO claim is now fully briefed in the US District Court, awaiting Judge Jed Rakoff’s decision  on a motion to dismiss.

The Trustee has several hurdles to overcome.

First, a similar RICO case brought by investors against JP Morgan for allegedly furthering Maddoff’s Ponzi scheme has already been dismissed by the US Court of Appeals Second Circuit based on the provisions of the Private Securities Litigation Reform Act, which prevent litigants from dressing up securities fraud cases as RICO claims in order to score treble damages.

In the JP Morgan case, the court held that conduct involved in keeping a Ponzi scheme alive is conduct undertaken in connection with the purchase and sale of securities and therefore cannot form the subject of a RICO claim.

The second hurdle is the line of cases that has held that RICO claims cannot be applied in a conspiracy which primarily occurred outside the US.

These cases are based on the US Supreme Court decision of Morrison v National Bank of Australia Ltd, which held that absent
of an express intention by Congress of extraterritorial effect, a US statute applies only in the US.

The third hurdle is that the Trustee has pleaded no facts to demonstrate that the defendants even suspected that Madoff was running a Ponzi scheme; something that even Madoff’s wife knew nothing about.

Picard is also yet to explain how the defendant’s actions were the proximate cause of the loss.

Surely it was Madoff’s conduct in setting up the Ponzi scheme that caused the loss, not the transfers of money. To claimotherwise would turn all investors into defendants.
But the Trustee argues that he does have standing to bring the RICO claim, because the injection of funds into Madoff’s firm was the proximate cause that deepened its insolvency, the Morrison decision does not apply because many of the acts complained of occurred in New York, and the doctrine of In Pari Delicto is no obstacle because the illegal scheme was independent of Madoff.

As for lack of culpable knowledge, the Trustee maintains that the defendants discouraged any due diligence that might have exposed the Ponzi scheme.

The Trustee reminded the Court that none of the money that might be recovered in the case will go to Madoff in Butner jail, but rather, it will go to the customers he wiped out, and the Trustee has appealed to the judge’s sense of public interest to let the case go to trial. Judge Rakoff certainly respects legal precedents and he also has a strong mind of his own.

Only a few months ago, in a case in which the SEC accused Citibank of selling mortgage-backed securities that it then shorted, resulting in a loss to the public of $700 million, Judge Rakoff refused to endorse a settlement in which Citibank agreed to pay a fine without admitting or denying liability.

The judge wanted the facts to show that the settlement is fair to the public. “If the power of the judiciary does not rest on facts established either by admission or by trial,” he wrote, “the court serves no lawful or moral purpose and is simply an agent of oppression.”

It remains to be seen whether the judge will be constrained by legal precedent to dismiss the RICO case before trial or allow the Trustee to have his day in court.

The banks bite back