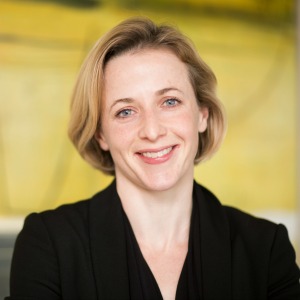 Economic downturns in any sector generally equate to an increase in legal disputes – and the current resources industry downturn is no exception, writes Julia Dreosti.

The fall in commodity prices has an obvious and immediate impact on sales contracts/off-take agreements, giving rise to pricing disputes, heavy contract renegotiation or terminations. Up the chain, at the production level, issues arise as industry participants seek to adjust to the re-balancing of the supply/demand equation within the confines of contractual relationships negotiated in a very different economic climate.

Disputes also arise over associated arrangements such as freight/haulage contracts, which are commonly negotiated on a take or pay basis. Further upstream, construction of on-shore and off-shore infrastructure is being wound back and exploration projects put on hold. In practical terms these changes give rise to parties seeking to re-negotiate or exit contracts, and lead to termination disputes and the inevitable counter-claim of repudiation by the counterparty.

On a transactional front, there is an increase in M&A activity arising from asset divestments, but this too is an area ripe for disagreement, including as between joint venture parties over the exercise of pre-emption rights arising with respect to disposal of the other party’s interest.

Underpinning all of these contractual relationships affected by the downturn is of course the significant financial aspect to these billion dollar projects, which further increases the pool of key stakeholders that are affected by the changed market climate. Financing of projects within resources sector often entails complex syndicated lending arrangements, with multiple default triggers that need to be worked through and managed, and immense power of lenders to pull the pin.

Indeed, insolvencies are an inevitability in the context of a market downturn, with several high-profile resource company insolvencies in the media at present giving rise to the potential for further disputes following investigation of the causes of collapse.

A recent seminar presented in Adelaide by a panel of resource industry in-house counsel and private practice practitioners and co-organised by AMPLA (The Resources and Energy Law Association), the Chartered Institute of Arbitrators (Australia) and the Australian Centre for International Commercial Arbitration, explored dispute resolution trends in the current resources industry climate.

The panel discussion evidenced a pragmatic and commercial approach being taken by industry participants to disputes arising in the sector, with a focus on the importance of the management of relationships and early due diligence in the management of disputes to ensure that strategy is developed on an informed basis.
Part and parcel of this early interventionist approach to dispute resolution is a well-drafted dispute resolution clause.

The panel observed that the commonly long term and often multi-party/multi-contract nature of legal relationships in the resources sector required a different approach to the dispute resolution process than may be applied in less complex contractual arrangements in other sectors. This will generally entail multi-tiered dispute resolution clauses that give the parties an opportunity to seek to resolve the dispute amicably before escalating to more formal processes such as litigation or arbitration.

While attention to dispute resolution clauses when a deal is being brokered may seem pessimistic and unnecessary at a time when the parties are keen to collaborate and get the deal done, such a clause comes into sharp focus when something does go awry, such as a market downturn. At that time, having in place a workable and enforceable process that assists the parties in resolving the dispute is essential, rather than wasting time in arid interlocutory debates before the courts as to whether there has been compliance with conditions precedent or whether the process is sufficiently certain.

A useful drafting tip discussed by the panel is to consider the ‘end game’ of the dispute process; ie, once a judgment/award has been handed down, how and where will it be enforced if the unsuccessful party is not compliant? In the cross-border context, which is the sphere in which resource industry participants commonly operate, arbitration is viewed as the industry’s preferred method of dispute resolution.

The Convention forms part of the legislative framework for arbitration in Australia by virtue of the International Arbitration Act 1974 (Cth). The elements of confidentiality and the expertise of decision-makers with knowledge of the industry, are also identified as advantages of arbitration in the resources sector. Statistics collected by the Australian Centre for International Commercial Arbitration (ACICA) are reflective of increased disputes in the sector and participants’ preference for arbitration: in the past three years ACICA’s case load has more than doubled compared with two years prior to that, with the majority of cases related to the construction, mining, energy and resources, and shipping industries.

At the same time as focusing on the importance of choice of dispute resolution process and clear drafting, and again reflecting the pragmatic and practical approach being taken by industry participants, the panel also emphasised the importance of allowing flexibility for the parties (eg, the ability to extend time frames for negotiations by agreement). The ultimate drafting goal being to prescribe a dispute resolution process that balances flexibility and certainty with a view to facilitating rather than constraining genuine attempts at settlement.