The revolution in Verification of Identity 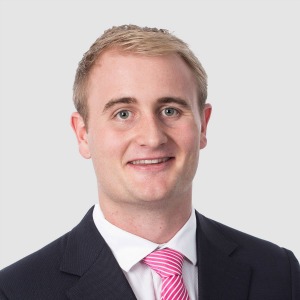 As the popularity of electronic conveyancing continues to rise, its paper-based counterpart has sought guidance in avoiding fraud, Brian Kirkup writes.

Conveyancing and technology have always had an uneasy relationship.

It’s not hard to understand why. Old habits die hard. Paper-based conveyancing, still anchored in many jurisdictions by the ownership of a paper Certificate of Title, has been part of the bedrock of Australian culture and law for generations. Replacing the traditional buying, selling, lending and borrowing ‘paper’ system with an all-inclusive online system has been a slow, cautious process.

Of course, there are good reasons to be cautious. An online system doesn’t just need to be efficient, faster and cheaper to make a case for the switch from the paper-based system. Above all, it needs to be safe. For example, lenders need to be sure they can effectively identify borrowers in electronic conveyancing transactions to avoid, or at least minimise, the instances of fraud.

Importantly, the network needs to be perceived as reliable and secure. We already know that property transactions are vulnerable to fraud. A specific concern about the introduction of electronic conveyancing has been the potential exposure to identity fraud schemes. The rise of online identity fraud has been well documented and the Australian Federal Police suggests that online identity fraud costs more than $1.6 billion a year.

Verifying identity has always been a critical part of protecting property transactions whether on paper or online.

Most Australians are familiar with the ‘100 point’ credit identification standard. Property Exchange Australia Limited (PEXA) – an electronic lodgement network operator supported by both the big four banks and the Queensland, NSW, Victorian and Western Australian Governments – operates under a new, more effective verification of identity standard (VOI Standard) that is replacing the traditional ‘100 point’ system of identification.

Importantly for the future of electronic conveyancing, the VOI Standard is a safer method than the previous ‘100 points’ system. It improves identity verification in two critical areas:

 Identity Documents – production of original and valid identity documents from one of five categories; and
 Visual ID Verification – a visual face-to-face comparison of the photograph on the identity documents with the producer of the ID.

While it is true that electronic conveyancing is still in its infancy, all the statistics indicate that it will soon become the most dominant system for property transactions and the preferred system for buyers, sellers, lenders and borrowers.

PEXA boasts that more than 2,000 legal and conveyancing firms have signed up to the new standard in property settlements. Over $10 billion in property has already been exchanged via its electronic portal. And that’s in just 24 months.

Given the inevitability of its eventual universal application to conveyancing in Australia, it is important for legal practitioners and conveyancing firms to increase their commitment to innovation by getting a head start on this revolution in conveyancing.

Brian Kirkup is an Associate in DibbsBarker’s Financial Services team.

A different version of this article originally appeared in the April 2016 LexisNexis Australian Banking and Finance Law Bulletin.

The revolution in Verification of Identity