A $95 million surplus in confiscated criminal profits could be the saviour of legal aid, writes Bill Potts.

The lack of sustainable and increasing funding for legal aid is one of the most significant problems facing the Queensland and Federal justice system. Its symptoms are manifold.

We look to the government to provide an independent judiciary and resources to support the courts, but increasingly the legal profession witnesses first hand that ordinary people are excluded from proper representation and legal advice because of the significant restrictions that have been placed on legal aid.

In Queensland we are seeing more and more people in contentious family law matters and in criminal matters appearing self-represented. This causes significant difficulties and delays for the courts as hard-working judges have to ensure the rights of litigants who are often under stress and overload the courts with well-meaning but irrelevant submissions and speeches.

So many lawyers across Queensland are doing huge amounts of pro bono work and we marvel at the level of assistance they provide to community legal centres. These are fine examples of the legal profession aiding a system that is showing signs of significant stress.

While governments ought to live within their means and nation-build by ensuring that we have proper infrastructure for business, health, defence, education and so on, they must also consider the social infrastructure of justice. After all, it is a fundamental principle of our society that every person must have reasonable access to justice.

So what can be done about it?

We at Queensland Law Society think we have found the $95 million solution.

One of the potential sources of legal aid funding that must be explored is the millions raised through the confiscation of criminal profits by federal and state governments.

We are aware that the balance of the Confiscated Assets Account administered by the Australian Financial Security Authority stood at $95.535 million in surplus as of 30 June 2015.

Of course, it is appreciated that significant sums from this account are used for specific purposes listed in s298 of the Proceeds of Crime Act 2002 – crime prevention and law enforcement measures, and the treatment of drug addiction and related drug diversionary measures.

A report that documents how these funds are spent is available from the federal Attorney-General’s website (ag.gov.au > Crime and corruption > Crime prevention > Proceeds of Crime Act). It is money well spent, though I can’t help but wonder whether access to justice for vulnerable Australians is more important than graffiti removal.

Given the surplus mentioned above, I would respectfully suggest that some of these funds would also be well spent in ensuring justice for those who need it most.

This would truly be 'bad money for good', and all that would be required is the political will to make a small legislative change.

We are not talking about enormous amounts, comparatively. Commonwealth funding for Legal Aid Queensland – mainly for family law matters – was reduced by $1.5 million this financial year following a $3 million cut last year. Even returning to the status quo nationwide shouldn't 'break the bank'.

QLS's Call to Parties document, released on 5 April ahead of the July federal election, asks our politicians to investigate allocating the money seized from proceeds of crime actions as an ongoing funding source for legal assistance services.

I have also written to the Prime Minister and the Attorney-General to suggest that some of this money could be used to help overcome some of the problems – court delays, particularly in family law matters. We have also raised this issue with the federal opposition. Alas, to date our appeals have fallen on deaf ears.

We call on the federal government to utilise this 'bad' money – taken by people who have broken the laws of our society – and use it for the good of our society by properly funding legal aid.

Bill Potts is the president of Queensland Law Society 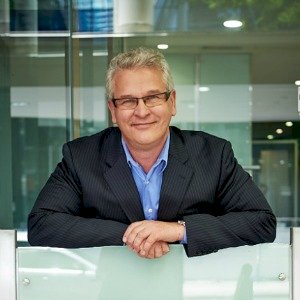