The legal framework for international sports has been put to the test in the International Olympic Committee’s ruling on Russia’s eligibility for the 2016 Olympic Games, writes Tim Fuller.

The International Olympic Committee (IOC) earlier this week decided against a blanket ban of all Russian athletes from the Rio Olympic Games for state-operated doping programs.

The Russian athletic team had previously been deemed ineligible to compete at Rio, and it was anticipated that the IOC may entirely ban Russia from competing. Instead, the IOC will leave the matter in the hands of international sports federations (IFs) to make a decision on respective sports and individual competitors from Russia as to their eligibility to compete at Rio.

In 2015 the International Association of Athletics Federations (IAAF) suspended the All-Russia Athletics Federation from IAAF membership. The Russian Olympic Committee (ROC) challenged this ban by appealing to the Court of Arbitration for Sport (CAS).

Athletes whose national federation is suspended by the IAAF are ineligible for competitions under the IAAF rules and in accordance with the Olympic Charter. The CAS panel last week confirmed the validity of the IAAF’s decision, which effectively means that Russia will not have track and field athletes competing in Rio.

The IOC has been lambasted for adopting a ‘half-pregnant’ approach to Russian state-sanctioned doping. The recent investigation by the World Anti-Doping Agency (WADA) found evidence ‘beyond a reasonable doubt’ that Russian laboratories operated a system that enabled doped Russian athletes to compete at previous Olympic Games. Incredibly, the Ministry of Sport directed, controlled and oversaw the manipulation of athletes’ analytical results or sample-swapping, with the active assistance of Russian laboratories.

The ban on the Russian track and field team required the IOC to have a legal right to sanction. The Olympic Charter provided this, and the proof of doping established in the WADA report was unequivocal. The ROC appealed the decision of the IAAF to the CAS, presenting an opportunity to have specific legal issues of the IAAF rules heard and adjudicated on. In respect of procedural fairness, the IOC has acted correctly.

Despite this though, 25 other sports were implicated in doping in the WADA report, and the methodology designed by Russian authorities to prevent outsiders from detecting what was going on in laboratories. While athletics is undoubtedly the main culprit, it is impossible to ignore the disappearance of positive test results that WADA found in sports like cycling, weightlifting, rowing and swimming – and twenty-odd other sports as well.

The mission of the IOC is to promote Olympism and to lead the Olympic Movement. The role of the IOC is to ensure, inter alia, good governance in sport and that a spirit of fair play prevails. While the news out of Rio is not much chop with the zika virus, polluted waterways and uninhabitable accommodation, the Rio Games may ultimately be remembered as the Olympics in which a country that doped its athletes was allowed to compete, and most likely win.

Tim Fuller is a sports lawyer with Mills Oakley and a former NRL player. 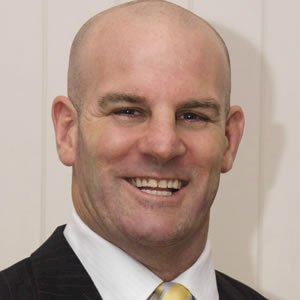