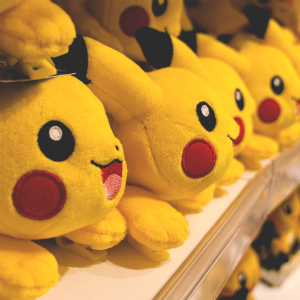 Aussie lawyers are abuzz with concern for the potential legal fallout Pokémon Go may cause for avid app users and the public at large.

The smash-hit smart phone app, combining capture of nostalgic 90s cartoon characters with augmented reality, has received an overwhelming response worldwide with as many as 9.5 million users daily. In Australia, one of the first markets in which the Pokémon Go app was released, the game topped app download chart records within a matter of days.

However, the viral trend has a number of lawyers concerned about possible implications for mobile use while driving, public liability claims and incidence of trespass. Lawyers say enthusiastic ‘trainers’ may not understand the extent to which their app activities could get them in legal trouble.

A recent car accident in the US involving a Pokémon-distracted driver was highlighted by injury compensation lawyer Mark O’Connor, who warned obsessed players that trainer duties would not make them “immune to legal actions”. Mr O’Connor, who is the director of law firm Bennett & Philp Lawyers, said players must be made aware that the game exposes them to a number of potential hazards.

“A common complaint from people who are involved in accidents is that the driver who hit them was, or was likely, using their mobile phone – I'm waiting for a new generation of cases where the offending driver was using Pokémon Go,” Mr O’Connor said.

He noted the hefty compensation claims that may be faced by those who injure others in road accidents caused by player distraction.

“Don’t drive or cycle and Pokémon-hunt at the same time. If you cause an accident that results in injury to others or damage because you were distracted, you could find yourself at the sharp end of a damages claim.

“Explaining that you were pursuing Pikachu, or Charmander, Squirtle or Bulbasaur won’t cut it at a compo hearing,” Mr O’Connor said.

“Using your phone while driving is against the law, so Pokémon activity behind the wheel is obviously illegal, but you could be facing more than just a fine or loss of demerit points,” Ms Aldersea said.

“If you make driving errors because you were engrossed in the game, you could face charges such as careless or dangerous driving, which are offences that carry prison sentences."

The Pokémon Go app engages users’ camera phones and Google Maps to initiate a hunt for Pokémon creatures in real-world locations. ‘Trainers’ gain experience through the game by capturing and battling Pokémon in addition to collecting various items, which enables them to move on to the next level. The game is as simple as locating a cartoon creature and swiping a ball on your smartphone screen to capture it.

As the game has increased in popularity, remarkable scenes have emerged of crowds searching for highly prized Pokémon in unlikely public places. Last week the Western Australian Premier Colin Barnett made a call for people to take their ‘catch ’em all’ quests away from more solemn locations such as war memorial sites. The NSW government has also issued a request to the game’s developers for the Sydney ANZAC War Memorial to be removed from the app’s list of ‘Pokéstops’.

Beyond inappropriate public spaces, the hunt for the Pokémon creatures could stray into illegal territory when users move their searches onto private premises. Ms Aldersea suggested Pokémon Go players were at risk of breaking trespass laws, which can also include terms of imprisonment.

“The biggest legal risk for Pokémon Go trainers is the temptation of trespass, especially when Pokéstops are located on private property, such as schools or people’s yards.

“The penalties for trespass vary from state to state, but fines can run into the thousands and imprisonment terms can be up to one year,” Ms Aldersea said.

“Remember: there will always be another Zubat.”