The stigma of injury claims 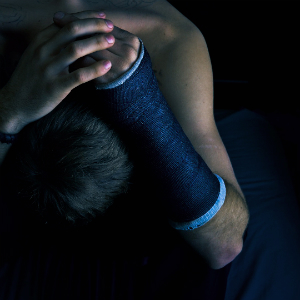 Millions of people across the world insure themselves and their assets, writes Michelle Wright.

Insurance is offered for all aspects of our lives, for our cars and homes, our income and health, our work and vacations. If, by some misfortune, we need to claim on this insurance, we do so without a second thought. And if the insurance company disputes our claim, there will be a public outcry.

Why then is there such a stigma against people claiming against insurance for injuries? The principle is the same. An insurance policy is taken out, premiums are paid, and a loss is incurred that is covered by that policy.

If you are in a car accident, the first calls you make are to an ambulance, police and then your insurer to get your car fixed. Are you not more valuable than your car? From 2006 to 2015 there were, on average, 6,816 claims in Queensland for injuries made as a result of car accidents. The average payment was approximately $98,000 with over $50,000 of that being for lost income, according to the MAIC Statistical Information Report 1 January to 30 June 2016.

Gabby was travelling home with her husband, James, in a large 4WD vehicle when a much smaller car pulled out of a driveway and directly into their path. James had no time to react and collided with the car, causing it to roll over. Tyres screeched, metal collided and torn, and Gabby screamed.

Gabby suffered a whiplash injury to her neck and lower back, which unfortunately did not go away. Gabby needed a lot of time off work to heal, and her work performance suffered when she was able to go back. Gabby also developed a driving phobia. She avoided driving and would only do so in familiar areas. She could not drive in heavy traffic, could not drive for very long and was also a terrible passenger. It would take her up to 30 minutes or more to calm down after being in a car.

Gabby’s claim settled for just over $50,000, which meant she could get help with her injuries, and buy a car with all of the latest safety features to help her regain her independence.

Injuries don’t just happen on our roads though. There are a lot more people injured each year in Australia from simply going to work. From 2000 to 2013, there were 1,672,730 accepted claims for serious injuries at work across Australia. Those people lost an average of 4.6 weeks from work, and the injury cost them an average of $6,846, according to Safe Work Australia statistics report 2013-14.

Despite these statistics, workers will often say, “I’m not the type of person to make a claim."

Chris worked at a lumbar yard for 10 years. His job involved cutting and putting together roof trusses and house frames. The National Code of Practice for Manual Handling states that “the risk of back injury increases significantly with objects above the range of 16kg to 20kg". Despite this, Chris had to lift loads of timber weighing up to 80kg everyday. Not surprisingly, Chris eventually hurt his back and his employer made him redundant the same day.

Chris’ injury was so bad that he needed the help of a full-time carer. Chris decided not to make a workers’ compensation claim, as he wanted to go back to work with the same employer once his back was fixed and believed that no one would employ him if he made a claim. The public health system saw Chris wait three years to see a specialist, who told Chris there was nothing they could do for him. He was barely 30 years old and would never be able to work again.

Chris tried to bring a claim against his employer and their insurer. The law requires a claim to be brought within three years and Chris was not able to get this time extended. Chris’ losses would be in the millions over his lifetime, but instead of being able to get support from benefits received under the insurance that his employer had paid for, he will rely on Centrelink and Medicare for the remainder of his life.

No one wants the money. No one ever wants the money. People want their injury fixed, the pain gone, their life back. Money won’t do that, but money buys options such as surgery, physiotherapy and medication, tools and equipment to give you back your independence, a house cleaner or someone to mow the lawns, and time off work as needed, while still keeping the family home, the pantry stocked and the kids going to swimming classes each week.

Michelle Wright is a solicitor at Shine Lawyers.

The stigma of injury claims

Last Updated: 10 May 2017 Published: 23 February 2017
The Women in Law Awards is the benchmark for excellence, recognising the empowering women influencing the Australian legal profession, celebrating the female leaders, role models and future champions of the industry. Register for the waitlist today for the opportunity to attend this remarkable awards ceremony and network with top legal professionals and fellow peers.
Visit womeninlaw.com.au