The lighter side of the law: when law and comedy collide 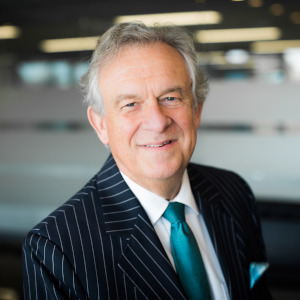 On the face of it, there doesn’t seem to be much that is amusing about the law, writes Geoff Roberson.

Certainly, there is not much humour to be found if you are on the wrong side of it. Stern judges, imposing courtrooms, the overhang of serious traditions, not to mention the copious amounts of tedious paperwork and bureaucracy associated with administering the law … not much to laugh about there.

Yet so many of Australia’s best loved comedians are lawyers by training, or at least, lawyers by education.

The list is endless – Shaun Micallef was an insurance lawyer for 10 years before becoming a full-time comedian; Rebel Wilson is a University of New South Wales law graduate; Anh Do was a law student who abandoned his studies to become a comedian; the cast of The Chaser studied together at the University of Sydney law school; Tom Gleisner and Santo Cilauro met as Melbourne University law students working together on the Law Revue. Other notable Australian comedians who started out as lawyers or law students include Steve Vizard, Jane Turner, Charlie Pickering and Libby Gore. The list goes on.

Is it the seriousness of law studies and practising the law that turn so many law students and lawyers instead to stand-up comedy? Or is it because you need to have both confidence and smarts to study and practise law – arguably also two vitally important assets of a stand-up comedian. Maybe the rest of us are just missing something … perhaps there is something funny about the law after all.

Transcripts from courtrooms around the world have been published, offering sometimes hilarious insights into the humour that can be found in law. There are now countless websites and books that share the amusing things that generate laughs when said in otherwise gravely serious trials.

Similarly, Richard Lederer collected a number of the best “transquips” from courtrooms and published them in his book, Anguished English: An Anthology of Accidental Assaults upon the English Language. Some of the best recorded in their tomes include the following:

• Judge: Is there any reason you could not serve as a juror in this case?
Juror: I don’t want to be away from my job that long.
Judge: Can’t they do without you at work?
Juror: Yes, but I don’t want them to know it.

Laws, generally ones that were passed a long time ago, can also be absurd to the point of being almost comedic – although certainly that was not the intention when they were created. Obviously they were a product of the time when they were written. Again these are now often shared on websites, with a seemingly particular focus on the United States of America. But ridiculously funny laws are not the sole preserve of the Americans – indeed they are truly international.

While some of these laws have now been repealed, many still remain in place. Although how often they are actually applied is debatable.

• In the Philippines you can be charged with committing “unjust vexation” for doing just that – vexing someone. This law has been condemned as an ambiguous catch-all with no particular meaning, except perhaps to charge people for being annoying.

• In Britain it is illegal to handle a salmon in suspicious circumstances.

• In Washington state in the USA, you can be fined or jailed for harassing big foot, Sasquatch, or any other undiscovered species. Skamania County, Washington, is the first county to draft the law in 1964, which states that “any willful, wanton slaying of such creatures shall be deemed a felony”.

• Giving a dog whiskey is against the law in Chicago, Illinois. The law is apparently silent on providing canines with other types of alcohol.

• Defacing a milk carton in Massachusetts could end up costing you a $10 fine.

While it’s easy for Australians to laugh at the preposterousness of these laws, it is worth noting that we have our own fair share of seemingly ridiculous laws. Next time you visit Western Australia, it may be worth remembering that it is illegal to be in possession of more than 50kg of potatoes – just so you are aware.

As for the multitudes of home-grown lawyers whose careers have veered off on a tangent into the world of comedy – they’re not freaks of nature. They’re being fundamentally true to type. Because law, like comedy, exists on the intersection of language and logic.

Where a lawyer uses language and logic to demolish an opponent’s argument, the comedian turns them upside down to make us laugh. They’re just two sides of the same coin.

“When I told my friends I was going to be a stand-up comedian, they all laughed. Well they’re not laughing now.”

Geoff Roberson is an accredited specialist in commercial litigation at Stacks Champion.

The lighter side of the law: when law and comedy collide