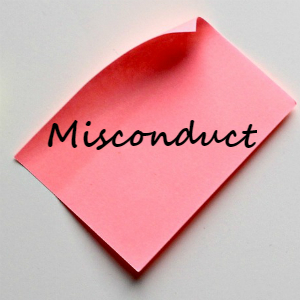 A post-it note that a Jindabyne lawyer slapped on to a bundle of documents and sent off for his clients to sign has been his unravelling, with a professional misconduct finding last week.

When lawyer Garry John Huggett mailed a letter to two clients in January last year, he tacked a post-it to the papers and dropped a pen into the envelope before sending the sealed parcel off in the mail.

The message the 64-year-old scrawled on to the post-it note would later be the subject of a disciplinary action against Mr Huggett, who was reported to the NSW Legal Services Commissioner (LSC) when another lawyer sighted the paper a month later.

The note was for clients David and June Forbes, who were each required to make a statutory declaration so that a lost certificate of title could be reissued by the relevant authorities.

- Pls sign the stat dec in the marked places

- Please send the same pen back

What Mr Huggett received was much more than the return of the pen he mailed to the clients.

When the couple’s son returned the documents to the law firm, which Mr Huggett had subsequently resigned from, they learned the declarations were not in proper form because they had not been properly witnessed according to law.

The clients were forced to complete the declarations again at the end of February with an authorised witness and Mr Hugget’s old firm promptly reported him to the LSC.

On account of his post-it message, the LSC charged Mr Huggett with an attempt to procure a falsely witnessed statutory declaration. The falsity only related to the witnessing procedure that he proposed on the sticky-note.

Mr Huggett admitted to the primary facts and agreed that his post-it message amounted to unsatisfactory misconduct. However, he contested that his actions should be classed as the more serious category of professional misconduct.

Last week the Civil and Administrative Tribunal disagreed, finding Mr Huggett’s post-it note demonstrated a failure to adhere to the strict witnessing obligations of a lawyer.

The tribunal found the lawyer’s evidence to be unsatisfactory in a number of respects and said that a competent lawyer would have either attached a covering letter of separate information sheet with written instructions.

“In his evidence, Mr Huggett acknowledged the duty of practitioners to ensure strict adherence to statutory obligations relating to oaths and statutory declarations. Further, he acknowledged the contribution that properly sworn statements of evidence made to the certainty, integrity and efficiency of the land titles administration,” the tribunal decision said.

“He was asked whether his intention, when drafting the declarations and the covering letter, was that he would falsely witness the statutory declarations. He answered ‘no’.”

Mr Huggett explained to the tribunal that he had anticipated the documents would be given to the clients by their son. In the absence of that option, he admitted to a “hurried and incompetent decision” to suggest the witnessing procedure that he did on the post-it and sent to the clients by mail, he said.

Mr Huggett denied that he intended to falsely witness the declarations once they were returned to him.

At the disciplinary hearing, Mr Huggett said his behavior at the time reflected the pressure that he found himself facing, in leaving the firm and setting up a new practice, as well as the general pressures to get his legal work completed. He also referred to the specific pressures to get moving on the Forbes’ application.

“In his affidavit, Mr Huggett said that he was ‘motivated by a desire to assist elderly clients who were distressed by the delay occasioned by the loss of the Certificate of Title, and who I understood, might have difficulty themselves for signing of the declarations to be witnessed by a prescribed functionary’,” the decision read.

“Mr Huggett should have changed the contents of the letter, and if he felt he did not have time to do that because of exigencies of mailing deadlines, at least get on the telephone to his clients and explain carefully to them what needed to be done. He did not satisfy us that he had a conscientious commitment to strict observance of witnessing obligations at the time of these events.”

The tribunal found that a $2,500 fine was necessary and a “sufficient rebuke” for a senior practitioner who should have known better in the circumstances.

However, the panel also acknowledged that a number of testimonials filed in support of Mr Huggett were “impressive”. The members also noted the significant community service that he contributed in different capacities over the course of his working life.

An order was also made that the Jindabyne lawyer should undertake an appropriate ethics and integrity course to be approved by the LSC.