Dowson Turco Lawyers has stepped in to assist Sydney gay rights activist Garry Burns for the costs component of his legal proceedings before Australia’s top court.

A self-proclaimed “out loud and proud” law firm based in Sydney’s Newtown has appeared in the High Court of Australia on behalf of Garry Burns.

Mr Burns appealed to the HCA following a determination in 2016 that despite being a victim of homophobic vilification, he had no standing to pursue the matter in the NSW Civil and Administrative Tribunal because the alleged perpetrators were not residents of New South Wales.

The gay rights activist was attempting to sue political aspirant and Katter Party of Australia candidate Tess Corbett, who made comments in the Hamilton Spectator in 2013. Ms Corbett told the publication that she did not want “gays, lesbians or paedophiles working in my kindergarten” and associated homosexuals with paedophiles.

“Paedophiles will be next in line to be recognised in the same way as gays and lesbians and get rights,” Ms Corbett was quoted as saying.

When Queensland’s Senate hopeful Bernard Gaynor later endorsed Ms Corbett’s statements, he was suspended him from the Katter’s Australian Party.

In January last year the NSW Civil and Administrative Tribunal found Ms Corbett’s comments had vilified homosexual people. She was ordered by the tribunal to place a public apology in the Sydney Morning Herald.

Mr Burns sought a court-imposed fine against the former candidate for the federal seat of Wannon in western Victoria when she failed to publish an apology.

On appeal, the Supreme Court of NSW said that the tribunal did not have the jurisdiction to deal with either Ms Corbett or Mr Gaynor. Mr Burns subsequently took the matter to the HCA.

“This is a very technical matter and we are grateful for Garry’s instructions to act pro bono,” Mr Stewart said.

“Without Garry, the LGBTI community would be behind the times and the fact that his matter is before the highest court in our country is testament to his drive for justice for our community.”

The lawyers appeared before the court last week. [Outcome here].

Sonja Freeman, one of the lawyers at Dowson Turco, said that the firm had celebrated recent legal milestones for LGBTI rights, such as marriage equality and LGBTI rights in the Family Court. She noted that efforts to help Mr Burns’ vilification case were just as important.

“Garry Burns is a brave and unrelenting advocate of the Australian LGBTI community. He has fought tirelessly to prevent homophobic discrimination and to bring about a safer environment for the LGBTI community,” Ms Freeman said.

“We want to assist Garry to ensure that tribunals in NSW can assist victims of discrimination and vilification even when perpetrators are located interstate,” she said. 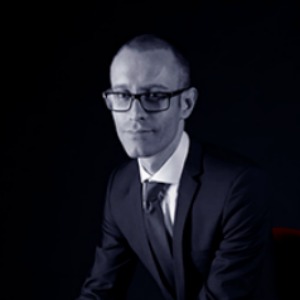