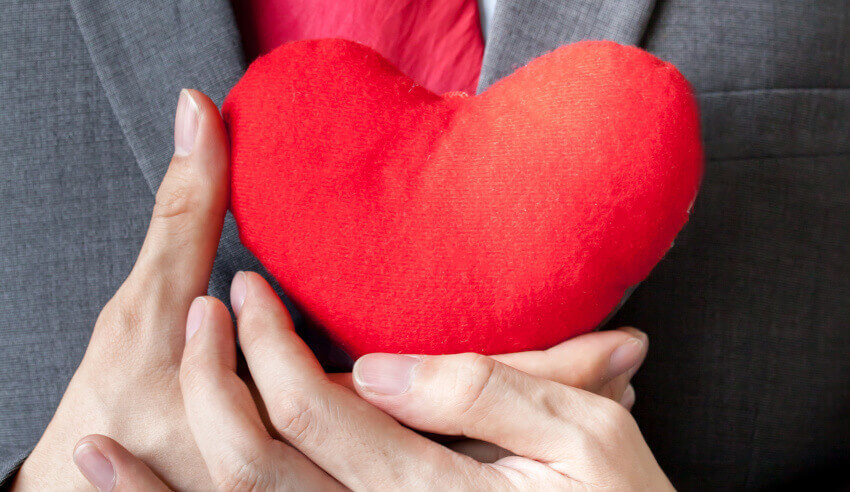 Arguably one of the most delicate and sensitive challenges an employer can face is dealing with two employees who have a personal relationship independently of the workplace, and where that relationship is troubled in a way that spills over into the workplace, writes Geoff Baldwin.

“Close personal relationship” is a term which can have legal significance. It is found in the areas of family law and de facto relationships, as well as in the law relating to wills and estates.

People tend to think of “close personal relationship” as a sexual and/or domestic relationship, but this is not the only meaning. It can also include carer/invalid and parent/child relationships, as well as other familial relationships.

Sometimes the relationship will precede the employment element, meaning that the close personal relationship predates the time at which both parties became employees of the same employer.

But if we are talking about close personal relationships involving a sexual element, it must be remembered that workplaces are fertile soil for romances, especially where the work involves a couple or a small handful of employees needing to work closely with each other.

Potential for problems in the workplace

The problems which can arise in this scenario may be potentially more extensive than people think.

First, while more dramatic examples may be the implosion of a marriage or romance between co-workers, the thriving and passionate relationship may be as much of a problem, if not more. There are few things more destructive to workplace cohesion than a general perception among the workforce that an individual worker is being accorded various privileges by a spouse, partner, or lover who is a direct or indirect supervisor.

Second, the other obvious potential hazard of the workplace romance is sexual harassment. By contrast with the situation of a romantic partner being in a position of privilege, a soured relationship (whether or not once a genuine romance) holds the potential for the jilted party, if in a position of power, threatening or disadvantaging the other.

And odd and unforeseen consequences are possible. In the current web of litigation surrounding Queensland Nickel, Clive Palmer, via his nephew Clive Mensink, has been accused of being a “shadow director” of the company, on the basis that, although Palmer is not at the material times formally a director, due to his relationship with his nephew, he allegedly has exerted decisive influence on the doings of the board and thus the company.

While you can deal with problems when they do arise, it is obviously better to avoid them in the first place, where that is possible.

Depending on the size of the workforce and hence the extent to which the business has detailed written policies, it is a good idea to have a policy requiring employees to disclose any close personal relationships with other employees if they are, or are likely to be, in a supervisor/subordinate situation, or some other role in which one can make decisions materially affecting the other.

Concerns about unlawful discrimination may arise, but anti-discrimination legislation is concerned with “less favourable treatment”.

It would be unlawfully discriminatory to deny someone a promotion on the basis that, if promoted, a supervisory relationship would come into existence, but often disclosure itself has the desired effect. If necessary, there can then be a discussion of how any conflict might be managed.

Policies and procedures applying to all workers do not guarantee protection from unlawful discrimination claims, but certainly reduce the risks of being seen as having singled out one employee. Applying the “reversing the gender” test also helps: if, as an employer, you want to separate an argumentative married couple, ask whether you would act in the same way to a couple of drinking mates given to arguing.

And, if it does become necessary to separate the argumentative married couple, move the one who can most sensibly and easily be moved given the needs of the business – don’t approach moving the woman as the default position.

It’s even better if you engage directly, putting to both of them that, given the problems, one needs to be moved; who it is that you propose moving; and, ideally, inviting them to put forward anything they may want to as to why this should not happen.

Dealing with close personal relationships may of course also raise issues of privacy.

The Australian Privacy Principles (APP) under the Commonwealth Privacy Act 1988 require that entities (relevantly companies with an annual turnover of $3 million or more) holding the “personal information” of an individual should not deal with that information except in certain ways which, broadly speaking, are with the knowledge and consent of the individual.

There is a balancing act here. The benefit of disclosure, in a probity and anti-corruption context, is that if a connection between two people is public, it is less likely that a benefit conferred by one on the other will be judged to be improper.

Thus it will be hard for an employer to promise that information about a close personal relationship between a supervisor and a subordinate will not be disclosed, at least to those elsewhere in the chain of accountability. But at least this is a starting point for a discussion about a solution.

However, the privacy issue has another dimension, and that relates to managing workplace conflict between employees in a close personal relationship, where the conflict has arisen unexpectedly, even possibly where policies of the kind described above have been in place.

Sometimes conflict of this kind occurs between parties to a close personal relationship which may be known or suspected, but which the parties themselves have not admitted. Workplace grapevines being what they are, it is entirely possible that a manager may be in possession of fairly reliable information that a couple is in the throes of a relationship breakup and that this is causing friction in the workplace.

Quite understandably, neither of the parties themselves has volunteered that the relationship is disintegrating; and possibly neither has admitted to the existence of the relationship in the first place. How can a manager handle this?

For some managers, this sort of thing is in the too-hard basket. Yet the risk for the do-nothing manager is that, if the dysfunctional relationship ends up inflicting real damage on the performance or reputation of the business, legitimate questions are going to be asked as to why, knowing of the problem, the manager did nothing (or nothing effective) to handle the problem.

Ideally, of course, an able manager can fix the problem without infringing on the rights and interests of individual employees.

In dealing with sensitive issues of this kind, it is critically important for managers to act on observable facts, and not on rumour or innuendo. If an employee’s performance is below standard, or behaviour odd and unacceptable in the presence of other employees, a manager is quite entitled to talk to the employee about the symptoms, ask about the causes, and enquire whether assistance is needed.

It may be that this approach yields nothing useful, but even so it will always be of advantage to the manager to be able to demonstrate that the employee was offered a chance to explain and to get help.

What is quite likely to expose a manager to risk is acting on assumptions – for example, saying to X: “I excluded you from this meeting because Y would be there, and I know that you and Y are going through a break up.”

Even if the assumption is correct, X may take the view that actions of this kind are impermissible, especially if (as in the case of a couple in a marriage or de facto relationship) this can amount to the manager treating X less favourably on the basis of marital status.

Finally, warning of a trap. In ordinary day-to-day life, people unthinkingly talk to one member of a married or de facto couple about the other, on the assumption that both will be privy to each other’s details. But information such as rates of pay, attendance records, leave accruals, and a lot of other workplace information is “personal information” under the APP, so it is risky to disclose such information about one to the other.

As with all decisions you implement as an employer, documenting your actions is critical. It gives you the chance to set out clearly, and with proper forethought, the reasons for your management decisions.

Very importantly, retaining documentation of this kind in an orderly way is invaluable in enabling you to demonstrate your reasons for acting at the time, and thus avoiding claims that you are making all of this up after the event to cover yourself.

Geoff Baldwin is a lawyer in the commercial and employment law team at Stacks Champion.