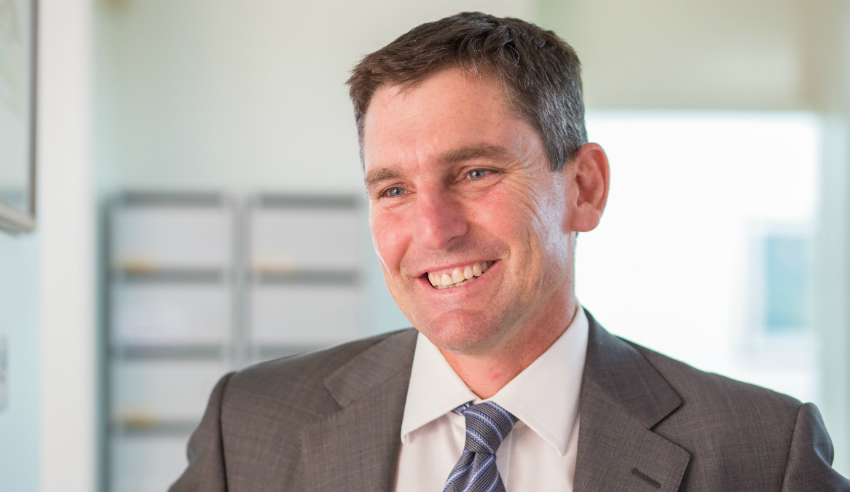 The exit of seven senior lawyers from Sparke Helmore for an international rival has not dented the mood at the mid-tier law firm, interim chair Andrew White has said, with business “just rolling on as usual”.

Speaking in his capacity as interim chair of Sparke Helmore, Andrew White (pictured), has described the exit of former chair Mark Hickey and six other senior lawyers for an international rival as part of the modern operating environment for all law firms.

“Mobility in this day and age is increasingly a part of the modern legal landscape. I think throughout all legal industries, change is just the only constant,” Mr White said.

He added that while competition was tough for Australia’s legal services market, this was a reality which all kinds of businesses faced and was not at all special to mid-tier law firms.

“I don’t disagree with the proposition that there is hot competition for mid-tier law firms in the Australian market at the moment but I don’t think it is unique to the law,” Mr White said.

“To be honest, at the moment in the practice, the morale is very positive. We’ve got a really strong, cohesive, collaborative culture across the firm and it really shows at times like these when we do need to make some adaptations.”

In the shadow of the weekend’s news that UK-based firm DFW LLP had poached a total of eight new partners — seven from Sparkes and one from HWL Ebsworth — Mr White remained upbeat about the firm’s ability to continue delivering top-quality services for clients.

He said the firm was determined to address disruption a way that made best use of technology and also brought clients added value. A Sparke Helmore strategy to offer services more efficiently and in collaboration with clients would continue, he said, with an emphasis on collaborative projects.

While most of these projects done in partnership with clients are confidential, Mr White noted the example of a national leasing portfolio developed for Westpac as a case study which endorsed Sparke’s approach.

“The main area in which we are working in terms of dealing with digital disruption is leveraging our technology and knowledge management within the firm to meet the needs of clients.
That investment has been made across the last couple of financial years and is continuing to be made.”

According to Mr White, former chair Mr Hickey, who was based in Newcastle, had stepped down from his role about one month ago. This provided the firm with adequate time and a proper process to be followed in selecting a new captain for Sparke Helmore.

An announcement about Mr Hickey’s official replacement would be forthcoming in the next week, he added.

“Sparkes is very committed to maintaining its position as a national, independent law firm. We are certainly very focused on maintaining that,” Mr White said.

“As we have grown seven partners in the last 12–18 months before this, so will we grow some more over the upcoming 12–18 months.

“The place will remain a very cohesive, collaborative environment and I think we are well regarded by our clients and we will continue to give them good reason to regard us well,” he said.

Speaking to Lawyers Weekly about the challenges facing the Australian mid-tier market last year, Mr Hickey observed that law firms faced a new business paradigm. At the time, he stressed that those likely to survive in the cut-throat environment were those firms who were ready to change, fast.

“I think there’s going to be quite a bit of fluidity in the mid-tier market,” Mr Hickey said.

In terms of growth, Sparke Helmore has a dedicated advisory committee which seeks out and considers companies aligned to its own strategy for merger opportunities.

Mr White said that the firm would continue pressing on with its acquisition plans, citing a recent merger with Jarman McKenna in Perth as a move that had proven “very good for both groups of people.”

He also confirmed that Sparke Helmore was considering a number of similar agreements with other firms, but added that these agreements had not yet developed to a stage where he could share more details.

“We have a number of issues under consideration at the moment but I can’t talk too much about them, they’re at various stages,” Mr White said.

Sparke Helmore’s office based in Newcastle was not at risk of closure, Mr White said.

“There is absolutely no intent whatsoever to scale down or change the offering available from our office in Newcastle at all,” Mr White said.

“We have got 67 partners throughout Australia, 750 staff and we are pretty much just rolling on business as usual,” he said.

The number of partners remaining in Sparke’s corporate and commercial group make up the firm’s largest practice for partner headcount at 21. Its commercial insurance group has 19 partners, insurance statutory practice has 12, government group has 8 while workplace group has 7.

Last Updated: 01 June 2018 Published: 16 May 2018
The Women in Law Awards is the benchmark for excellence, recognising the empowering women influencing the Australian legal profession, celebrating the female leaders, role models and future champions of the industry. Register for the waitlist today for the opportunity to attend this remarkable awards ceremony and network with top legal professionals and fellow peers.
Visit womeninlaw.com.au