Home/
SME Law/
Women may be better off in ‘Small Law’

Women may be better off in ‘Small Law’ 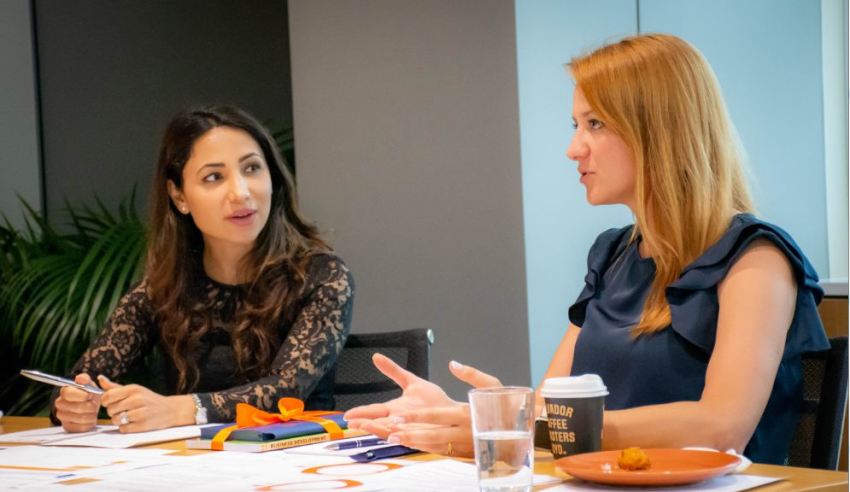 Despite the fact that BigLaw firms are increasingly striving for and, in some cases, hitting gender parity targets, a panel of senior female practitioners consider Small Law – and particularly starting one’s own practice – to be a more attractive option for many women in law.

At a recent roundtable hosted by legal practice management software company LEAP, Western Sydney University professor Dr Alana Maurushat, Lehman Walsh Lawyers principal Janya Eighani, Clarence head of chambers Rose Dravitzki and LEAP General Manager Marketing LEAP Roni Millard “unanimously” agreed that “for a female lawyer to achieve a senior role, she must either delay having a family, return to work very soon after giving birth to prove her commitment to the firm or find a new pathway to achieve her goals”.

In addition, the roundtable participants confirmed that women are still “far more likely” to be promoted to partnership if they are at a firm with less than 100 partners, highlighting the attractiveness of Small Law avenues.

The quartet were responding to the results of the LEAP Small Law Industry Index: Predictions for 2019 and Beyond report, which found that 77 per cent of respondents believe a higher percentage of women will achieve more senior roles this year compared to last, but simultaneously acknowledged that, sometimes, “a boys’ club prevails”.

“In fact, while some see the increased empowerment and confidence of women as encouraging them to seek more senior roles, many feel the public push for equality is mechanical,” LEAP said in a statement.

A perceived ‘clash’ between work and family commitments was also flagged by respondents as a “key barrier to the advancement of female lawyers in senior roles” from both an organisational and a female’s perspective, LEAP continued.

“There was a strong sentiment that for a female lawyer to achieve a senior role she must either put off having a family or return to work very soon after giving birth to prove her commitment to her organisation.”

As such – and even though it was ceded that bigger firms are moving towards their gender targets – the roundtable deduced it is “easier and more successful for women to establish their own firms”, in light of difficulties in accessing the partnership pipeline.

Ms Dravitski (pictured, right) reflected that her career “completely pivoted” when she decided to start a family.

“When I started working, I was going for big firms with the goal of making partner and achieving the ‘traditional’ career progression. However, when the time came to have children, I made the decision to start my own firm because I wanted the ﬂexibility to start a family.”

“At the time it was the only way for me to take my career into my own hands, work ﬂexible hours and do the things I wanted to do. If I hadn’t done that, professionally I would have been years behind my counterparts,” she said.

Ms Eighani (pictured, left) added that she thought that by opening her own firm and establishing her reputation in the start-up and the technology industries, “clients would want to work with me”.

“After all, I established the firm, I was the name that was introduced to them and I was the one that they read about in an article. Imagine my horror when I was asked by a potential client if I had anybody else that they could work with rather than myself? They wanted to work with a man.”

The four women at the roundtable ultimately concluded that “while there is no quick fix for empowering women in law”, numerous opportunities and strategies must be explored, including challenging traditional mindsets, overcoming ingrained gender biases, pushing back against the cultural impressions that women must work twice as hard and/or that they are the primary caregivers, and that having children and taking maternity leave will stall career growth.

“However, it will take a sustained cultural shift across the whole profession and will involve everyone from parents and educational institutions to firms, the judiciary and clients to advocate and agitate for change,” said LEAP CEO Donna Broadley.

Women may be better off in ‘Small Law’