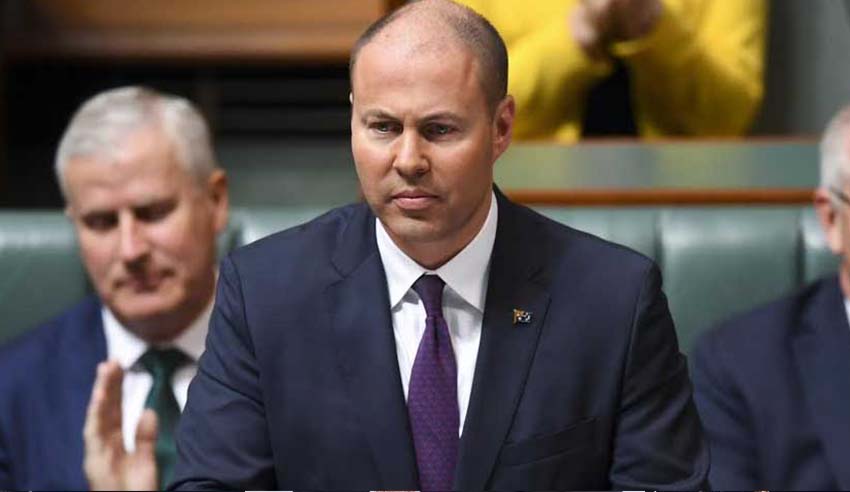 The federal government has handed down its pre-election budget, with plenty of measures designed to lure swinging voters. Here’s a breakdown of what’s in it for small and medium-sized businesses.

In his first budget since becoming Treasurer in August last year, Josh Frydenberg opened his budget speech by stating that “for the first time in 12 years, our nation is again paying its own way”.

The forecast surplus for next financial year is $7.1 billion, with modest surpluses forecast over each of the next four years, which Mr Frydenberg said would enable it to invest in jobs, small businesses and tax cuts.

Of course, with an election due to be held in May, this year’s budget measures are dependent on the Coalition government being re-elected, given that Parliament is unlikely to sit again after the Opposition gives its budget reply later this week.

Nevertheless, these budget measures offer a good insight into the Coalition’s key focus areas and spending intentions should it be returned to power, and may help voters determine which party to back come election day.

Here is a breakdown of the key funding allocations and changes announced in the budget that relate to small and medium businesses.

As previously reported, the government has proposed income tax cuts for low and middle-income earners.

“We want Australians to earn more and to keep more of what they earn,” Mr Frydenberg said.

Those tax cuts would be available to all taxpayers earning up to $126,000 per year, and would be worth up to $1,080 per year for every individual, which would be applicable for the current 2018-19 financial year and delivered once taxpayers begin lodging their annual tax returns after 1 July 2019, and would also be applied to the next three financial years.

The cuts would be delivered by way of a tax offset lump sum payment at the end of the financial year.

Extensive changes were also unveiled to the structure of income tax bands, with the eradication of the 37.5 per cent tax band altogether and the lowering of the 32.5 per cent rate to 30 per cent.

Again, as previously announced, the small business instant asset write-off will have its threshold increased to purchases worth up to $30,000, with businesses able to make multiple deductions under the scheme within the same tax year.

Additionally, eligibility would be expanded to businesses with annual turnover of up to $50 million (currently $10 million), meaning some 220,000 more businesses – largely medium businesses – would be able to receive upfront deductions on asset purchases rather than depreciating them over multiple years.

The government also reaffirmed its commitment to cut the small business tax rate to 25 per cent, which would be fast-tracked to full implementation by the 2021-22 financial year.

The government also noted as part of the budget that it has “legislated to bring forward the increases to the unincorporated small business tax discount rate, rising from 8 per cent currently to 13 per cent in 2020-21 and to 16 per cent from 2021-22 (up to the existing cap of $1,000)”.

It claimed this would benefit 2.4 million small businesses.

Shake-up of regulator powers and responsibilities

Following concerns last year about the ATO’s process of handling disputes with SMEs and the Australian Small Business and Family Enterprise Ombudsman (ASBFEO) announcing an investigation into historic tax disputes involving these businesses, the government unveiled measures in the budget to overhaul this process.

A dedicated Small Business Taxation Division will be established within the Administrative Appeals Tribunal which would also give businesses dedicated case managers, fast-tracked decisions and a lower application fee.

Additionally, the ATO would be required to reimburse businesses in certain circumstances for “reasonable legal costs” involved in challenging an ATO ruling.

The ASBFEO would also be given more power in the form of a small business concierge service, to provide advice and support on tax-related measures.

Separately, the budget said that funding would be extended for the ATO Tax Avoidance Taskforce, which focuses on tax avoidance by multinationals, and $42.1 million in additional funding to recover other unpaid tax and super liability for large businesses and wealthy taxpayers.

Beyond the ATO, the budget also set aside $9.2 million over four years to target the issue of sham contracting.

These funds would be used to create a dedicated sham contracts division within the Fair Work Ombudsman, which would continue to receive $2.3 million in annual funding beyond the 2023 financial year.

Meanwhile, $4.3 million in funding over four years would be allocated to the Fair Work Commission, to provide for the appointment of additional members to its ranks.

Beyond the asset write-off, other grants and incentives for business and employment – both financial and non-monetary – include:

The government also used the budget to reaffirm its commitment to establishing a $2 billion Australian Business Securitisation Fund, which it claimed would “enhance small businesses’ access to finance”.

More curbs on the black economy

One of the more contentious points from last year’s budget was measures aimed at curbing the black economy. And the subject made another appearance this year.

The government said that since 1 July 2018, the ATO has recouped more than $500 million in undeclared income, including from more than 5,500 visits by mobile strike teams.

This year, additional measures will be rolled out from 1 July 2019, including:

This article was originally published on Lawyers Weekly's sister publication My Business.

Following the release of the budget on Tuesday night, Melbourne-headquartered employment law firm McDonald Murholme issued a response welcoming its measures for SMEs.

“A major win for employees is the government’s plans to crack down on sham contracting by promising extra funding to the Fair Work Ombudsman,” firm's managing director Alan McDonald said.

“The Fair Work Ombudsman provides a very valuable service in all its areas. This will give employees more rights in the workplace and better job security moving forward.”