US lawyer caught out in McCain campaign 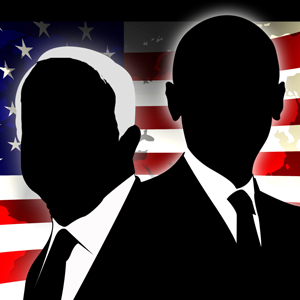 A former lawyer from the now defunct law firm Rothstein, Rosenfeldt & Adler (RRA) has been charged with illegally enabling the biggest contribution to the presidential campaign of republican John McCain.

A former partner of convicted Ponzi schemer Scott Rothstein, Steven Lippman was charged with conspiring to violate federal election laws by channelling money from his bosses into the failed 2008 McCain campaign.

As Bloomberg reports, Lippman is also alleged to have fabricated lawsuit settlements and arranged to evade taxes and draw cheques on accounts with insufficient funds.

Lippman, 49, is the eighth individual accused of assisting Rothstein, who is now serving 50 years in prison for running one of the largest ($1.45 billion) Ponzi schemes in US history out of his Florida firm.

Rothstein duped investors into parting with large sums of cash to buy stakes in legal settlements his firm had reputedly struck in employment disputes. It was later found that the settlements were created by Rothstein and his co-conspirator, Debra Villegas, the former chief operating officer at his firm.

Settlements were faked using forged documents and ploys, such as having accomplices pose as bank officials.

Folklaw finds it hard to believe that, as Rothstein argued in 2010, Villegas was the only one at RRA who knew of the scheme, especially considering Lippman (a shareholder at RRA) was allegedly reimbursed for his contribution with money for patio furniture, home renovations, a golf membership and a $134,000 Maserati.

Despite McCain reportedly donating all of the Rothstein contributions to charity when the fraud allegations surfaced in November 2009, prosecutors argued that Lippman “dramatically increased the political influence and power” of RRA by acting as a “straw donor”, who was illegally reimbursed.

Lippman is facing up to five years in prison.

“[Rothstein’s Ponzi scheme] success depended, in no small part, on the complicity of his colleagues and associates like Steven Lippman,” chief Florida prosecutor Wifredo Ferrer (who was, somewhat ironically, nominated to the position by Obama in 2010) told Bloomberg.

Lippman’s lawyer Bruce Zimet appears to be confused about his line of defence, telling reporters that Lippman’s acts “do not relate to the Ponzi scheme. Though they may have had some effect on it ...”

US lawyer caught out in McCain campaign