Home>
The Bar>
Inspiring barrister to speak at leadership conference 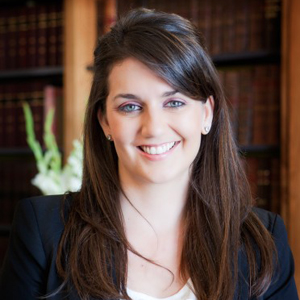 A barrister and refugee advocate who fostered a teenage Afghan refugee will be one of the speakers at the Law and Justice Leadership Conference, which takes place next week as part of Law Week.

Foley’s List barrister Jessie Taylor will be joined at the Conference, which is aimed at students in Year 7 and 8, by former High Court justice Michael Kirby, who will give the opening address.

Taylor was 27 years old when she became foster mother to now 18-year-old Afghan refugee Jaffar, who was just 14 when he travelled alone from Indonesia to Christmas Island in 2009. Taylor had previously met Jaffar in Indonesia when she was researching the conditions of a detention centre there.

Taylor said she enjoyed taking part in this Conference because she “always enjoys interacting with young people, who tend to have an untempered version of the world and what fairness and justice means”.

“Young people have a really straightforward view of what is fair – as adults we can sort of explain and justify away a sort of pure view of what justice is ... I don’t think that our views of justice are improved by having them compromised and whittled away at.

Taylor, who was also involved in making the documentary Between the Devil and the Deep Blue Sea, which looks at the circumstances and decisions that lead to someone becoming a ‘boat person’, will be running a workshop as part of the Conference.

NSW Young Lawyers is organising the Conference, which takes place on Monday (6 May) in NSW Parliament House in Sydney. The Conference aims to expose students to local and global issues of justice and, as well as Kirby and Taylor, will feature speakers from UNICEF Australia, Australian Youth Climate Coalition and PILCH NSW.

Taylor, who previously worked as a lawyer for Victoria Legal Aid, added that she wouldn’t discourage any of the young Conference attendees from pursuing a career in the law if they want to tackle issues of justice.

“It’s certainly not the only way that you can pursue a career in justice – and people who think that the law and justice are the same thing are usually sorely disappointed – but [a law qualification] is certainly a great tool to have if you’re interested in pursuing justice.”

Last Updated: 01 May 2013 Published: 01 May 2013
The Women in Law Awards is the benchmark for excellence, recognising the empowering women influencing the Australian legal profession, celebrating the female leaders, role models and future champions of the industry. Register for the waitlist today for the opportunity to attend this remarkable awards ceremony and network with top legal professionals and fellow peers.
Visit womeninlaw.com.au