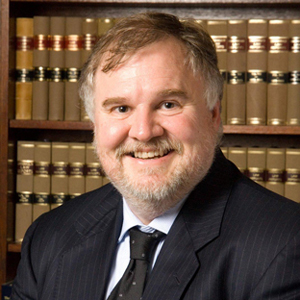 The proponents of incorporation have claimed that its opponents have overstated the danger of incorporated barristers having their tax benefits cancelled by Part 4A of the Income Tax Assessment Act 1936.

Brendan Sullivan SC from 10th Floor Selborne & Wentworth Chambers played down the impact of Part 4A, claiming that tax law is replete with rules to prevent professional practitioners from obtaining inappropriate tax benefits from incorporation.

“Under the current tax landscape in Australia it cannot be said to be inappropriate for professionals to practise through incorporated entities,” he wrote in an email viewed by Lawyers Weekly.

Tax lawyer Chris Catt (pictured) of 5 Selborne Chambers added that the application of Part 4A will be determined on a case-by-case, not a catch-all, basis.

“If there is an avoidance of tax, it depends on how the barrister conducts himself once he has incorporated his practice, so the decision to incorporate is unlikely to be, of itself, tax avoidance, if the barrister takes out what is considered to be an appropriate salary and makes payments that are deductible in the company for running their practice,” he explained.

Such views, however, do not appear to sway the opponents of incorporation, many of whom still cite advice that warns of possible legal ramifications.

Phillip Boulten SC, president of the NSW Bar Association, stood by advice from Tony Slater QC and other prominent silks that Part 4A “looms large and is a problem that cannot be ignored”, when speaking to Lawyers Weekly.

As the debate intensifies, a Sydney-based QC and taxation expert is claiming that the tax implications of incorporation are irrelevant.

David Russell QC told Lawyers Weekly that he is disappointed that the discussion over whether barristers be permitted to incorporate is focused on tax when the real issue is whether the public interest is served by incorporation.

Despite such senior barristers seeking to shift the debate, tax continues to dominate the discussion on both sides.

“They say there are no benefits in incorporation, but there are benefits. They say that incorporating a company is tax avoidance, but it is not. No politician in Canberra would ever try to get away with such absurd claims,” he told Lawyers Weekly.

Members will vote on the proposed changes at a general meeting of the Bar Association that has been called for 5.15pm on Tuesday 17 September.

Lawyers Weekly exclusively reported last week (28 August) that opponents of incorporation made an unsuccessful attempt to exclude more than 200 proxy votes from a ballot on whether barristers are allowed to practise through single-member corporate entities.