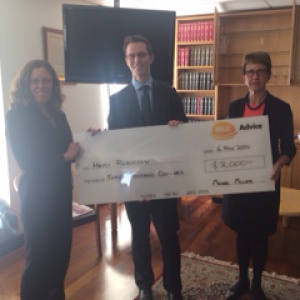 The ACT Bar Association has launched an initiative to bring more women to the Bar, with women currently representing just eight per cent of Canberra’s barristers.

The ACT Bar Association has launched an initiative to bring more women to the Bar, with women currently representing just eight per cent of Canberra’s barristers.

In a bid to boost this figure, the ACT Bar Association launched a scholarship program for female barristers at an event in Canberra’s CBD on 6 November.

CEO of the ACT Bar Association Svetlana Todoroski told Lawyers Weekly that the findings of the National Attrition and Reengagement Study (NARS), released earlier this year, was the impetus to develop a scholarship.

The NARS revealed the financial burden of being self-employed was one of the main concerns of female barristers, particularly the need to cover the ongoing cost of chambers or to make other arrangements, such as sub-leasing, while on maternity leave.

Todoroski acknowledged that women, particularly working mothers, are reluctant to give up employment that offers benefits, such as childcare assistance and leave entitlements, to join the Bar.

“This scholarship is one way of assisting them in their transition to the Bar,” she said, adding that life at the Bar is not only rewarding but also offers greater flexibility.

The NARS noted that female barristers had a high degree of control over their work.

Rising star of the Bar

Chief Justice Helen Murrell of the Supreme Court of the ACT presented the scholarship to Heidi Robinson, who made the transition from private practice to the Bar in August.

Prior to joining Canberra’s Blackburn Chambers, Robinson led the employment and industrial law practice group at the ACT Government Solicitor.

She has also worked in corporate law and commercial litigation within private firms.

In addition to her legal expertise, Robinson has held a number of senior management roles within government, including in the ACT Senior Executive Service.