Julie Ward to be next NSW Chief Judge in Equity 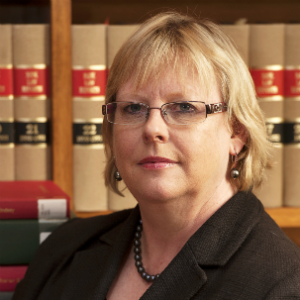 The NSW attorney-general has announced that three eminent members of the profession will take on new roles as part of the state’s judiciary, including the appointment of Justice Julie Ward as the next NSW Chief Judge in Equity.

Three judicial appointments have been announced for the NSW Supreme Court and NSW Court of Appeal.

Justice Julie Ward (pictured) will step into her new role as Chief Judge of the NSW Supreme Court’s Equity division on Wednesday, 15 March. Her appointment follows the retirement of Justice Patricia Bergin as Chief Judge in Equity.

Justice Richard White has been elevated to the Court of Appeal after 13 years on the Supreme Court bench. He will begin his new role on the same day as Justice Ward.

Meanwhile, Sydney silk Julia Lonergan SC has been named as a new judge of the NSW Supreme Court. The date of her swearing in ceremony has been set for the end of the month, on 21 March.

In announcing the new appointments, NSW Attorney-General Mark Speakman paid tribute to Justice Bergin’s 18-year service on the NSW Supreme Court bench, eight of which she held the position of Chief Judge in Equity.

“I congratulate Justice Bergin on her exceptional career in the law, thank her for her service, and wish her well in retirement,” Mr Speakman said.

“Justice Ward's ascension to the head of the Equity division is richly deserved, following a trail blazing legal career spanning more than three decades,” he added.

At the age of 49, Julie Ward was the first female solicitor to be appointed directly to the bench of the NSW Supreme Court in 2008.

Justice Ward was one of the youngest lawyers to join the partnership of Mallesons Stephen Jaques (now King & Wood Mallesons), where she remained for 20 years.

Prior to entering private practice in the ‘80s, she worked as an associate to the Honourable Sir Nigel Bowen, AC, KBE. Sir Nigel Bowen was the first Chief Justice of the Federal Court of Australia.

The new Court of Appeal Judge Richard White was also an associate to Sir Nigel. Before his appointment to the bench, he spent 18 years at the bar specialising in commercial law.

As a barrister, Justice White was counsel assisting at the Royal Commission into the collapse of insurance giant HIH. He was also a partner at KWM from 1982 to 1986 and represented South Sydney Rabbitohs in its litigation against News Limited.

Ms Lonergan, the state’s incoming Supreme Court judge, took silk in 2012. She has worked as a barrister for 20 years and appeared as senior counsel assisting a special commission of inquiry into child sexual abuse in the Hunter region.

Julie Ward to be next NSW Chief Judge in Equity