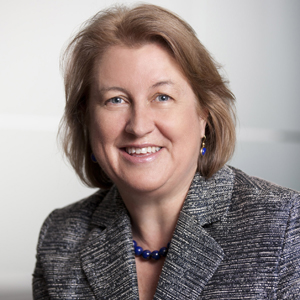 A partner in Ashurst’s corporate group has been nabbed by mid-tier firm Lander & Rogers.

Ruth Stringer, a financial services and superannuation specialist, was with Ashurst for over five years.

She told Lawyers Weekly that Blake Dawson’s merger with Ashurst was a factor in her decision to leave.

“There’s always pros and cons; there’s potential for international work [at Ashurst], which is a plus, but then the impact on the work for local clients maybe isn’t such a positive because that may not be the focus of a global firm,” she said.

The superannuation industry is “very, very small” said Stringer, who met Landers’ financial services head Natalie Gullifer and financial consultant Peggy Haines through industry conferences and being on the other side of transactions.

Haines and Stringer met by coincidence in 2001 at an international superannuation lawyers’ conference.

“I’ve got to know her better than any of my other competitors and it’s a warm relationship so I’m excited to be working with someone who I’ve known for a long time,” said Stinger, who was also drawn to Landers by the type of advisory work on offer.

“I think that with the trend of bigger firms going global there will be a bit of a shifting in the marketplace about different work types going to different types of firms. It’s harder and harder for global firms like Ashurst to be doing work that is of an advisory nature; they will be doing large matters, they throw a lot of bodies onto them, and that tends to be transactions or litigation,” she said.

Stinger believes there is no longer “such a compelling case” for lawyers to go to a global firm and that, in Melbourne, there is a trend for “boutique financial services type practices”.

“It hasn’t happened so much in Sydney but I think this might be the start of a movement in that direction,” she said.

Stinger will join Lander & Rogers' Sydney office on 28 May as a partner with over 20 years experience in financial services law.

Prior to her role at Ashurst she spent 11 years at Minter Ellison where she established its superannuation practice and was a founding member of the firm’s funds management practice.

“She has also had invaluable in-house general counsel experience, which flows into the way that Ruth engages with her clients,” said Gullifer.

Stringer told Lawyers Weekly she “much prefers” the advisory side of law and that when she works in a law firm she likes to “be like an extension to the general counsel”.

“That way I’m not restricted to certain types of work, I can kind of [handle] whatever question, small or big … I think that will be easier in a smaller firm because there won’t be such a need to put large teams onto every matter,” she said.

Stringer is known in the super industry for her recent work in developing innovative annuity products, designed to address longevity risk, as well as her expertise in governance work.